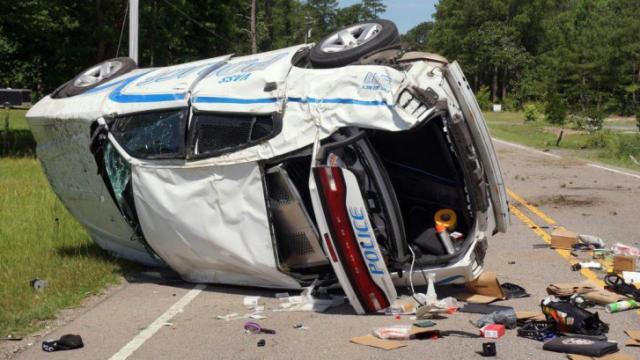 Sgt. Ben Haddock was eastbound on N.C. Highway 690 while responding to a call shortly before 11 a.m. when he rounded a curve near Fairley Lane and the car went off the side of the road and flipped, authorities said.

The State Highway Patrol is investigating the crash.