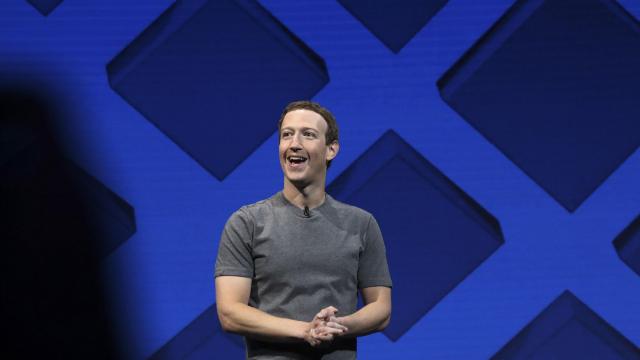 SAN FRANCISCO — Social networking has long been predicated on people sharing their status updates, photos and messages with the world. Now Mark Zuckerberg, chief executive of Facebook, plans to start shifting people toward private conversations and away from public broadcasting.

Zuckerberg, who runs Facebook, Instagram, WhatsApp and Messenger, on Wednesday expressed his intentions to change the essential nature of social media. Instead of encouraging public posts, he said, he would focus on private and encrypted communications, in which users message mostly smaller groups of people they know. Unlike publicly shared posts that are kept as users’ permanent records, the communications could also be deleted after a certain period of time.

He said Facebook would achieve the shift partly by integrating Instagram, WhatsApp and Messenger so that users worldwide could easily message one another across the networks. In effect, he said, Facebook would change from being a digital town square to creating a type of “digital living room,” where people could expect their discussions to be intimate, ephemeral and secure from outsiders.

“We’re building a foundation for social communication aligned with the direction people increasingly care about: messaging each other privately,” Zuckerberg said in an interview Wednesday. In a blog post, he added that as he thought about the future of the internet, “I believe a privacy-focused communications platform will become even more important than today’s open platforms.”

Facebook’s plan — in which the company is playing catch-up to the way people are already communicating digitally — raises new questions, not the least of which is whether it can realistically pull off a privacy-focused platform. The Silicon Valley giant, valued at $490 billion, depends on people openly sharing posts to be able to target advertising to them. While the company will not eradicate public sharing, a proliferation of private and secure communications could potentially hurt its business model.

Facebook also faces concerns about what the change means for people’s data and whether it was being anti-competitive by knitting together WhatsApp, Instagram and Messenger, which historically have been separate and operated autonomously.

Zuckerberg was vague on many details of the shift, including how long it would take to enact and whether that meant Instagram, WhatsApp and Messenger would share user information and other contact details with one another. He did not address how private, encrypted communications would affect Facebook’s bottom line.

But Zuckerberg did acknowledge the skepticism that Facebook would be able to change. “Frankly we don’t currently have a strong reputation for building privacy protective services, and we’ve historically focused on tools for more open sharing,” he wrote in his blog post. “But we’ve repeatedly shown that we can evolve to build the services that people really want, including in private messaging and stories.”

Facebook’s move is set to redefine how people use social media and how they will connect with one another. That has societal, political and national security implications given the grip that the company’s services have on more than 2.7 billion users around the world. In some countries, Facebook and its other apps are often considered as being the internet.

Zuckerberg’s decision follows years of scandal for the social network, much of it originating from public sharing of posts. Foreign agents from countries like Russia have used Facebook to publish disinformation, in an attempt to sway elections. Some communities have used Facebook Groups to strengthen ideologies around issues such as anti-vaccination. And firms have harvested the material that people openly shared for all manner of purposes, including targeting advertising and creating voter profiles. Even WhatsApp, which has long been encrypted, has grappled with the distribution of misinformation through its service, sometimes with deadly consequences.

All of that has put Facebook in the spotlight, which in turn has badly damaged the company’s reputation and created mistrust with users. Regulators have intensified scrutiny of Facebook’s privacy practices, with the Federal Trade Commission considering a multibillion-dollar fine against the company for violating a 2011 privacy consent decree. Last week, the agency said it would create a task force to monitor big tech companies and potential anti-competitive conduct.

Zuckerberg has repeatedly tried to rid Facebook of toxic content, disinformation and other problems. At one point, he emphasized prioritizing what friends and family shared on Facebook and de-emphasizing content from publishers and brands. He has also said that the company will hire more people to comb through and remove abusive or dangerous posts, and that it is working on artificial intelligence tools to do that job.

But none of those moves addressed the issue of public sharing. And in many ways, consumers were already moving en masse toward more private methods of digital communications. Snap, the maker of the Snapchat app, has built a young, loyal audience by allowing people to share messages and stories for a finite period of time, for example. Other companies, like the local social networking company Nextdoor, focus on the power of group and community communications. And closed, private messaging services like Signal and Telegram have also become more prominent.

Evan Spiegel, chief executive of Snap, hinted at the problems that Facebook’s News Feed had created last week at a New York Times conference. Because of the way social networks had been constructed for people to publicly share content, he said, “things that are negative actually spread faster and further than things that are positive.” He later added, “You know, I certainly think there’s a lot of opportunity to sort of course-correct here.”

In many ways, Zuckerberg is now emulating a strategy popularized by Tencent, the Chinese internet company that makes the messaging app WeChat. WeChat has become the de facto portal to the rest of the internet for Chinese citizens because through the app, users can perform a multitude of tasks, like pay for items, communicate with friends and order takeout.

“Facebook is focused on mobile and messaging as the key conduit for people to communicate online, and thereby to communicate with Facebook,” said Ashkan Soltani, an independent privacy and security researcher who was a former chief technologist at the FTC. “The chat app essentially becomes your browser.”

Zuckerberg said that even though he would focus on private and secure conversations, the public forums for communication popularized by Facebook would continue. In addition, WhatsApp, Instagram and Messenger will remain stand-alone apps, even as their underlying messaging infrastructures are woven together, The Times previously reported. The work, which will include adding end-to-end encryption across all the apps, is in the early stages. Zuckerberg said this overall shift would ultimately create new opportunities for Facebook.

“We’re thinking about private messaging in a way that we can build the tools to make that better,” he said in the interview. “There’s all kinds of different commerce opportunities, especially in developing countries. There’s more private tools to be built around peoples’ location. There’s just a whole set of broader utilities we can build that fit this more intimate mode of sharing.”