US Supreme Court refuses to bring back voter ID for November 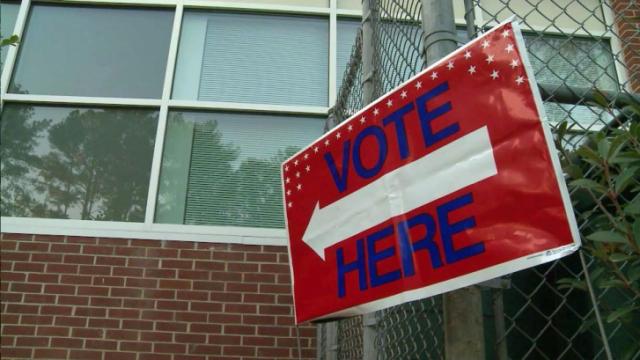 Raleigh, N.C. — Most North Carolina voters will not have to show photo identification when they go to the polls this fall after the U.S. Supreme Court refused Wednesday to put on hold an appellate court decision striking down North Carolina's controversial law.

The decision also means the in-person early voting period will be held over 17 days rather than limited to 10, as prescribed by the same law.

"This decision opens the door for fair and full access to the democratic process for all voters. Hundreds of thousands of North Carolinians will now be able to vote without barriers," said Allison Riggs, an attorney for the Southern Coalition for Social Justice, which brought the case on behalf of the state NAACP and several individuals. "The voting booth is the one place where everyone is equal and where we all have the same say."

In the wake of the 4th Circuit ruling, Republicans blasted the three-judge panel as a group of Democrats showing their political bias. Reaction by lawmakers to Wednesday's order from the Supreme Court was more measured.

"We respect the court but are disappointed North Carolina will not be among the more than 30 other states with common-sense voter ID in place for the upcoming election," Senate President Pro Tem Phil Berger and House Speaker Tim Moore said in a joint statement.

McCrory took a more partisan tone in his reaction.

"North Carolina has been denied basic voting rights already granted to more than 30 other states to protect the integrity of one person, one vote through a common-sense voter ID law," McCrory said in a news release. "Even without any support from our state's attorney general, we were pleased that four justices, including Chief Justice John Roberts, agreed with this right while four liberal justices blocked North Carolina protections afforded by our sensible voter laws."

The three-paragraph order does not impact directly on the case's future course, but it could presage any future rulings. The Supreme Court could still take the matter up at a later time if McCrory or other defendants formally appeal. However, given the current 4-4 split, a lot would ride on who is appointed to replace Scalia. President Barack Obama has nominated Merrick Garland, whose nomination has been stalled. If that status quo remains through January, it would leave the choice in the hands of the winner of this year's presidential contest between Democrat Hillary Clinton and Republican Donald Trump.

Although voter ID was the headline measure in the 2013 law, a number of voting provisions were bound up in it, including the ability to register and vote on the same day during the early voting period.

The 4th Circuit found that lawmakers intended to discriminate against minorities when they crafted the law scaling back voting access at the same time it imposed the ID requirement.

"We recognize that elections have consequences, but winning an election does not empower anyone in any party to engage in purposeful racial discrimination," the 4th Circuit judges wrote.

Republicans, they said, could not erect barriers to voting simply because it served their partisan purposes.

The decision could benefit Democrats, whose backers tend to use early in-person voting more and have taken advantage of same-day registration in greater number than GOP backers.

In recent weeks, Republican Party officials have made the case that rolling back voter ID requirements and extending early voting will leave the state open to more fraud.

Voting rights activists have pushed back against that notion, saying that the laws enable the state's most vulnerable citizens to exercise their franchise.

"Now that the Supreme Court has settled the law for this fall, it’s time for Gov. McCrory and Republican leaders to end the costly wrangling and invest in making sure voters face no new roadblocks to having their voices heard when early voting begins on Oct. 20," said Bob Hall, director of Democracy North Carolina, a good-government group.