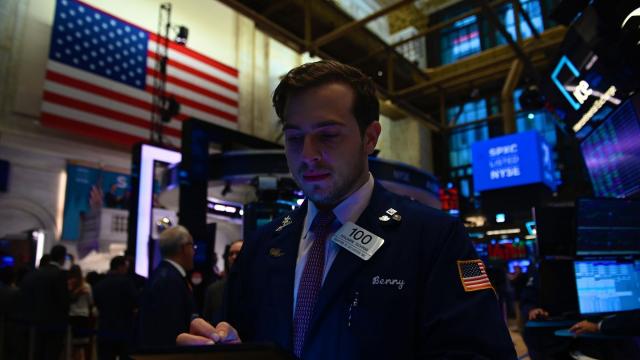 CNN — The Dow and US stocks, which rallied at the start of 2019, were set to close the third quarter on a flat note.

Stocks opened modestly higher on Monday but have been on a downward trend. The major indexes just recorded two down weeks in a row, and the Nasdaq Composite is on track to finish the quarter in the red.

Chinese officials are expected in Washington in early October for the next round of trade talks, but investors are wary. Last week, news reports that White House was discussing whether to limit flows from Chinese investors into the United States threw markets for a loop.

Economic data wasn't helpful either. In August, US manufacturing fell hard, recording the sector's first decline in three years. Meanwhile, trade worries began to crop up in consumer sentiment surveys, which could be a red flag for the consumer spending that's so important for US economic growth.

The Nasdaq, which is heavy on technology stocks particularly sensitive to the global slowdown exacerbated by the trade war, fell 0.4% between July and September, compared with a 3.6% increase in the second quarters and a 16.5% rally in the first three months of the year.

For all three indexes, which recorded record closing highs in July, the third quarter will be the worst since late last year.

One piece of good news for investors: The impeachment inquiry into President Donald Trump, which was launched last week Tuesday, hasn't had a big impact on the market.