Global stocks and US futures retreat on coronavirus caution 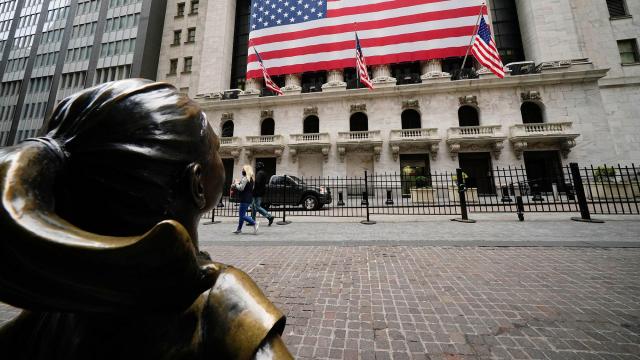 By Jazmin Goodwin, Laura He and Charles Riley, CNN Business

CNN — Global stocks and US futures lost ground Wednesday as economic damage from the coronavirus pandemic continued to mount.

US stock futures were slightly lower after declines Tuesday on Wall Street. Dow, S&P 500 and Nasdaq Composite futures were all down by less than 0.2%.

Caution has once again taken hold as investors weigh the effects of the pandemic, said Jingyi Pan, a strategist for IG Group.

Germany's top economic research institutes said Wednesday that Europe's biggest economy is likely to shrink by 4.2% this year. It expects a contraction of 9.8% in the current quarter, which would be the sharpest decline recorded since record keeping began in 1970.

The dire prediction came as France's central bank estimated the country's economy shrank by around 6% in the first three months of the year. The central bank said the last contraction of a similar magnitude came in the second quarter of 1968, when weeks of demonstrations and general strikes sharply curtailed economic output.

There are some signs of progress in fighting the pandemic.

Fatalities and infections appear to be slowing in Italy, Spain and France, which are among the hardest-hit countries in Europe. China lifted its lockdown on Wuhan, the original epicenter of the coronavirus crisis, on Wednesday, two days after the country reported no new deaths for the first time since late January.

This week is also a shortened one for many stock exchanges. Those in the United States, Europe, Hong Kong, and Australia will close later this week for the Easter holiday.

Brent crude — the global benchmark — was little changed at $31.91 a barrel.

The moves come ahead of an OPEC meeting with Russia on Thursday to discuss oil production cuts in response to plummeting demand and to deescalate a price war.

— Anneken Tappe contributed to this report.