US Space Command site to be located in Huntsville, Alabama 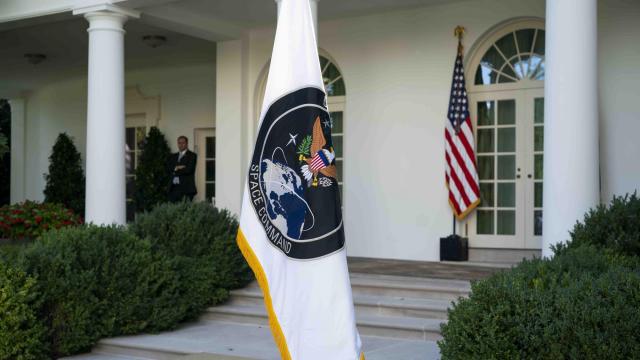 MONTGOMERY, Ala. — The U.S. Air Force announced Wednesday that the new U.S. Space Command headquarters will be in Huntsville, Alabama, after the state was selected over five others competing for the project, including Colorado, where Space Command is provisionally located.

The role of Space Command is to conduct operations such as enabling satellite-based navigation and troop communication and providing warning of missile launches. That is different from the Space Force, which is a distinct military service like the Army, Navy, Air Force, Marine Corps and Coast Guard.

“I couldn’t be more pleased to learn that Alabama will be the new home to the United States Space Command,” Alabama Republican Gov. Kay Ivey said in a statement.

“Our state has long provided exceptional support for our military and their families as well as a rich and storied history when it comes to space exploration,” she said.

Huntsville’s nickname, Rocket City, is thanks largely to Wernher von Braun and his team of fellow German-born rocketeers who settled there in the 1950s. The city has long been home to the Army’s Redstone Arsenal and NASA’s Marshall Space Flight Center.

Colorado officials lambasted the move, saying military officials had recommended to Trump that Space Command remain at the Peterson Air Force Base in Colorado Springs, but they were “overruled for politically motivated reasons.” They did not say what those alleged political reasons were. Trump won Alabama in the November election and President-elect Joe Biden won Colorado.

“This move threatens jobs, could cause serious economic damage, and upend the lives of hundreds of military and civilian families that were counting on U.S Space Command staying at home in Colorado Springs as well as harm military readiness,” Democratic Colorado Gov. Jared Polis and Lt. Gov. Dianne Primavera said in a statement.

In a letter, U.S. Rep. Doug Lamborn of Colorado urged Biden to reverse the decision upon taking office, saying moving Space Command from Colorado would “damage America's national security” at a time when Russia and China are actively competing with the U.S.'s space capabilities.

U.S. Rep. Mo Brooks of Alabama said Barrett told him the decision was based “solely on merit and the interests of national security." Brooks suggested politics will be at play if the site gets moved back to Colorado under the new administration.

“Partisan politics should not play a role in national security. Time will tell what happens in a red state when the federal government is totally dominated by Democrats,” the Republican congressman said.

The Secretary of the Air Force said Redstone Arsenal in Huntsville had been selected for the new headquarters. The city was chosen after site visits to six states that compared factors such as infrastructure capacity, community support and costs to the Department of Defense. Redstone Arsenal offered a facility to support the headquarters, at no cost, while the permanent facility is being constructed.

The Department of the Air Force said the decision to move to Huntsville will become final pending the results from the required environmental impact analysis. That is expected in the spring of 2023. The headquarters will remain in Colorado until then.

Trump in 2019 authorized the creation of the U.S. Space Command to preserve American dominance on what he called “the ultimate high ground.”

Huntsville Mayor Tommy Battle said the city is honored to have been selected.

Ivey in a tweet thanked U.S. Sen. Richard Shelby, former U.S. Sen. Doug Jones and local officials for advocating for the site to be in Alabama.


Copyright 2021 by The Associated Press. All rights reserved. This material may not be published, broadcast, rewritten or redistributed.