US budget deficit balloons to nearly $1 trillion for fiscal 2019 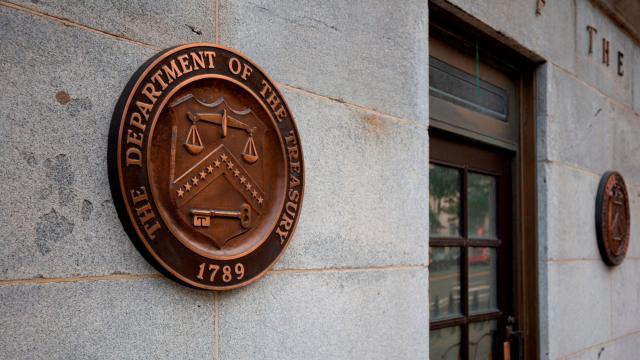 CNN — The US budget deficit ballooned to nearly $1 trillion for the 2019 fiscal year, according to data released by the Treasury Department on Friday, the biggest gap since 2012 -- despite President Donald Trump's promises to shrink or even eliminate it.

The deficit, which is the gap between how much the government spends and how much it takes in, grew 26% to $984 billion for the 12-month period ending in September, driven in part by the Republican tax cut package passed in late 2017.

The Trump administration narrowly averted crossing the $1 trillion threshold this year thanks to $70 billion in tariffs Trump has imposed on goods coming in from China and other countries. But the deficit is projected to top $1 trillion in 2020 as signs of Trump's trade war begins to weigh on the US economy and global growth slows.

The last time the gap was as big was in 2012, in the aftermath of the financial crisis.

The nation's dimming fiscal picture runs counter to campaign pledges Trump made in 2016 not only to shrink the budget deficit but also to eliminate the country's debt, which now stands at $23 trillion.

"America remains on the fast track to trillion-dollar deficits, rising rapidly as far as the eye can see," said Michael Peterson, chief executive of the Peter G. Peterson Foundation, in a statement. 'With all of the important investments we need to make in our future, we find ourselves in a situation where interest costs are the fastest growing program in the federal budget."

Interest on debt is the fastest growing category of the federal budget. In the three years since fiscal 2016, yearly interest has grown by 57%, or $136 billion -- despite low interest rates. That is the largest three-year percentage increase since the period 1981 to 1984, according to the foundation.

In September, the government reported that the federal deficit briefly swelled to more than $1 trillion ahead of quarterly tax payment deadlines. The Congressional Budget Office had estimated the 2019 deficit would be $960 billion and has predicted it would swell to $1 trillion in 2020.

"In order to truly put America on a sustainable financial path, we must enact proposals -- like the President's 2020 budget plan -- to cut wasteful and irresponsible spending," said Mnuchin in a statement.