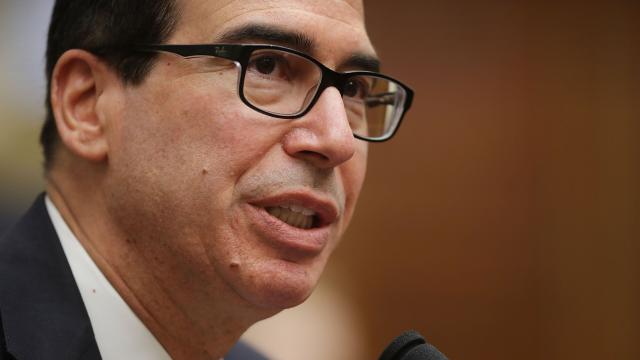 (CNN) — The United States and China have restarted talks on trade ahead of a meeting between their two leaders later this month, according to The Wall Street Journal.

US Treasury Secretary Steven Mnuchin and Chinese Vice Premier Liu He spoke by phone on Friday, the Journal reported Monday evening, citing people briefed on the conversation. The United States is demanding that China come up with a clear offer before negotiations on a trade deal can start, but Beijing wants to talk first and then make a firm proposal later, according to the report.

Chinese government officials declined to comment directly on the reported call between Mnuchin and Liu, but acknowledged recent communications following a phone conversation earlier this month between US President Donald Trump and Chinese leader Xi Jinping.

"The two countries' economic teams are in touch to implement the consensus reached by the two leaders," Chinese Assistant Commerce Minister Li Chenggang said at a news briefing in Beijing on Tuesday. "We hope to achieve positive results with efforts from both sides."

A US Treasury spokesman did not immediately respond to CNN's request for comment on the matter late Monday.

Trump and Xi are expected to meet face to face at the G20 summit later this month in Argentina.

The reported talks between Mnuchin and Liu are the latest attempt to try to find a way out of the trade war between the two economic superpowers that has resulted in heavy tariffs on huge swathes of each other's exports. But doubts remain over whether they can reach a deal anytime soon.

Friday's talks didn't resolve the stalemate between the two sides, but were seen as positive step toward reaching an understanding, the Journal reported.

The Trump administration has already slapped tariffs on $250 billion in Chinese products since July. The tariffs on $200 billion of those goods are set to increase to 25% from 10% on January 1, which would further escalate the conflict.

China has so far retaliated with tariffs on $110 billion of US products and is likely to respond with more if the United States goes ahead with the increase at the start of January.

The Trump administration has sent mixed messages about whether the two countries are nearing a truce.

The Trump administration is divided between free traders — including those with Wall Street backgrounds like Mnuchin and White House economic adviser Larry Kudlow — and hardliners like US Trade Representative Robert Lighthizer and White House trade adviser Peter Navarro.

Kudlow highlighted the differences between the two sides last month when he said, "China has not responded positively to any of our asks."

But Trump has been talking up the prospects for a positive meeting with Xi.

"We'll have a good meeting and we're going to see what we can do," he said at a news conference last week following the midterm elections. Days before US voters headed to the polls, Trump said he and Xi had held "productive" talks over the phone call, but he didn't specify any details.

Still, fault lines between the United States and China were on clear display Friday during a meeting between senior military officials, who challenged each other over the South China Sea, Taiwan, religious freedom and trade.

Trump has made it a priority to take an aggressive stance against China for what he says are unfair trade practices, including intellectual property theft and forced technology transfers. He's threatened to escalate the trade war further by imposing tariffs on all the remaining goods that China sells to the United States.

Many American manufacturers, farmers and lawmakers from both sides of the aisle say they appreciate the administration's efforts to change China's trade policies. But some argue the tariffs aren't the best way to address the problems. They pose a dilemma for US importers who must decide whether to absorb the higher cost of the goods or pass it on to consumers, and some exporters are hurting from China's retaliatory tariffs.

Former White House economic adviser Gary Cohn left the administration earlier this year in the wake of a fierce disagreement over tariffs on steel and aluminum. Earlier this week, Cohn, a former Goldman Sachs executive, told the BBC that Trump's tariffs could hurt the US economy.

"I look at tariffs as a bit of a consumption tax [and] we do not want to tax our consumers when they're going to spend their disposable income on what we produce, which is services," he said.