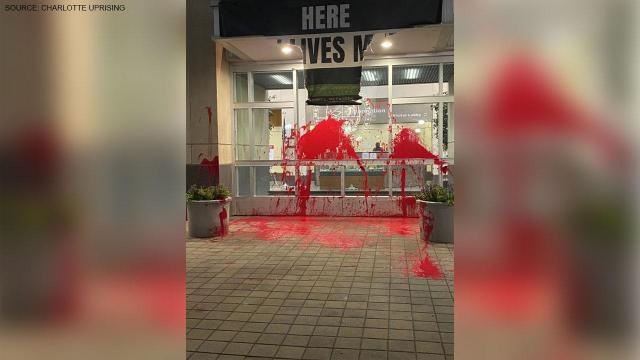 Charlotte, N.C. — Protesters are believed to have thrown red paint at the Mecklenburg County Detention Center on Sunday after an inmate was found unresponsive in his jail cell earlier in the day, NBC Charlotte reports.

In addition to the red paint, a sign Mecklenburg County Sheriff Garry McFadden had placed at the entrance that read "Black Lives Matter Here" has been damaged.

CPR efforts were unsuccessful, and Mangan was pronounced deceased around 6:30 a.m.

Charlotte Uprising, a group that formed in 2016 with the intent of holding CMPD accountable following the death of Keith Lamont Scott did not take credit for the paint but shared photos.