UPS 'extra coverage' protection is likely not the coverage you expect

Raleigh, N.C. — When you send a package, you probably expect what's inside to arrive in one piece.

But there are times that items arrive damaged. A Raleigh woman purchased what she believed was insurance to protect her shipped items but was disappointed when she was not reimbursed for damages.

Evelyn Hawthorne shipped several memorabilia footballs to her son, who played for the University of Minnesota, from this UPS Store on Leesville Road in Raleigh to Minnesota.

"He's got all this memorabilia at the house in his room from his days playing," she said. “Six game-day balls.” 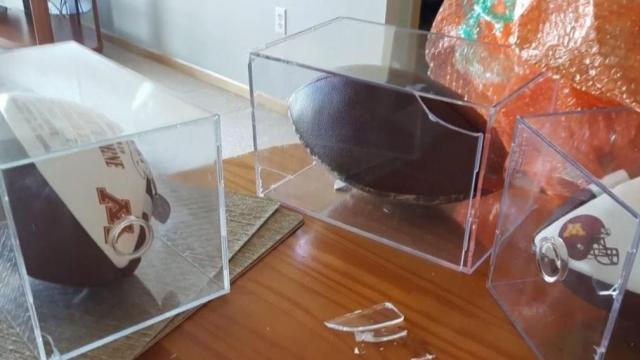 When the package arrived, every single box holding the balls were broken.

She contacted UPS because she purchased their extra coverage.

"When I sent the photographs they said, ‘Oh, no it just covers loss,” she said. “And they said, ‘You didn’t pack it well enough.’”

Hawthorne said she wrapped each box individually in plenty of bubble wrap, adding newspaper and then put the boxes within other boxes with bubble wrap.

Her experience is repeated in complaint after complaint filed online with the shipping company.

UPS's website offers specific packing guidelines. Having packed and shipped glass tabletops before, Hawthorne is confident with her packing ability.

As for what she paid extra for, UPS calls it "declared value coverage,” saying it's "not insurance." The company claims it "represents UPS's maximum liability for the package" if lost or damaged.

Hawthorne feels the coverage terms are confusing, considering she was asked what she packed in the box.

WRAL’s 5 On Your Side contacted UPS. They ended up offering Hawthorne $130 dollars to cover the cost of the boxes as a "goodwill gesture.”

The family had another issue with the service. The package arrived four days late.

Hawthorne said UPS made errors with the label, which caused the delay and the box to be reloaded multiple times. UPS refused to refund the $144 shipping cost.