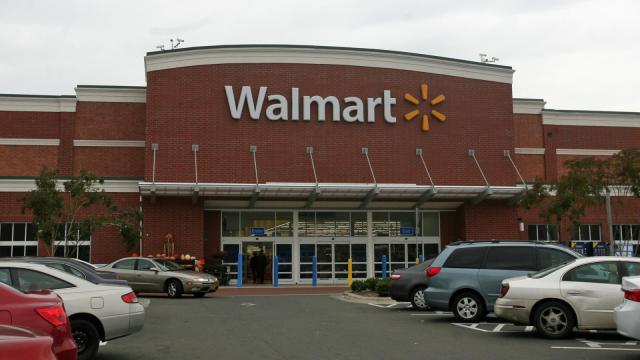 Walmart corporate has shared details regarding the clearance schedule and products included for the stores that are closing in North Carolina in January.

As we posted last week, Walmart is closing 154 locations in the U.S., including 16 Walmart Express stores and one Supercenter in North Carolina.

According to Walmart spokesman Brian Nick, all of the the stores that are closing are currently offering a 25% clearance discount. The following products are not included in the clearance: electronics, jewelry, alcohol, fuel, firearms, ammunition, lottery and wireless.

The stores will offer a 50% discount soon, although they are not releasing that date. The stores will be closing on January 28, so it should be soon. Some readers have already reported that the Durham Supercenter that is closing has some products marked down 50% off including bakery.

The closing includes a total of 154 locations. The majority of the stores closing are Walmart Express stores. The Walmart Express concept has been in place since 2011 but they are instead going to "focus on strengthening Supercenters, optimizing Neighborhood Markets, growing the e-commerce business and expanding Pickup services for customers," according to the press release below.

Near the Triangle, multiple stores will be closing including locations in Benson, Four Oaks, Princeton, Coats and more. The Supercenter in Durham at 1010 Martin Luther King Pkwy is also closing. All of the stores have a closing date of January 28, 2016.

Following is the list of North Carolina Walmart Express stores that will be closing. For a full list of closings in the US, head to their website.

In October 2015, the company said an active review of the portfolio was underway to ensure assets were aligned with strategy. Today’s action follows a thorough review of Walmart’s nearly 11,600 worldwide stores that took into account a number of factors, including financial performance as well as strategic alignment with long-term plans. In total, the impacted stores represent less than 1 percent of both global square footage and revenue.

“Actively managing our portfolio of assets is essential to maintaining a healthy business,” said Doug McMillon, president and CEO, Wal-Mart Stores, Inc. “Closing stores is never an easy decision, but it is necessary to keep the company strong and positioned for the future. It’s important to remember that we’ll open well more than 300 stores around the world next year. So we are committed to growing, but we are being disciplined about it.”

As part of today’s action, the company will close 154 locations in the U.S., including the company’s 102 smallest format stores, Walmart Express, which had been in pilot since 2011. Walmart instead will focus on strengthening Supercenters, optimizing Neighborhood Markets, growing the e-commerce business and expanding Pickup services for customers. Also covered in the closures are 23 Neighborhood Markets, 12 Supercenters, seven stores in Puerto Rico, six discount centers, and four Sam’s Clubs.

Internationally, the company is following a disciplined strategy of actively managing its portfolio. Consistent with this strategy, the company is closing 115 stores outside the United States. This includes 60 recently-closed, loss-making stores in Brazil, which represents only 5 percent of sales in that market. The company has already been able to relocate many affected associates in Brazil to other stores. The remaining 55 stores are primarily small, loss-making stores in other Latin American markets. Walmart will disclose more detail about those actions, including the number of stores per market, after completing local associate and community outreach.

The financial impact of these closures is estimated to be approximately $0.20 to $0.22 of diluted earnings per share from continuing operations, with approximately $0.19 to $0.20 expected to impact the fourth quarter of fiscal 2016. The remainder of the impact will fall into the first half of fiscal 2017. Approximately 75 percent of the impact relates to U.S. closings and the remaining portion involves Walmart International, with a large majority of the international impact relating to the closures in Brazil. Walmart will report its fiscal 2016 fourth-quarter and full-year results on Feb. 18. The estimated financial impact is not included in the company’s fiscal 2016 fourth quarter and full year earnings guidance.

In total, approximately 16,000 associates will be impacted by the decision, about 10,000 of them in the U.S. More than 95 percent of the closed stores in the U.S. are within 10 miles on average of another Walmart, and the hope is that these associates will be placed in nearby locations. Where that isn’t possible, the company will provide 60 days of pay and, if eligible, severance, as well as resume and interview skills training. Whether with Walmart or elsewhere, the company’s objective is to help all associates find their next job opportunity.

“The decision to close stores is difficult and we care about the associates who will be impacted,” McMillon said. “We invested considerable time assessing our stores and clubs and don’t take this lightly. We are supporting those impacted with extra pay and support, and we will take all appropriate steps to ensure they are treated well.”

Walmart will continue to serve the shopping needs of U.S. customers in the markets affected by today’s announcement through other Walmart locations and online at www.walmart.com. Customers can find the nearest Walmart store through the store locator function on the company’s website.