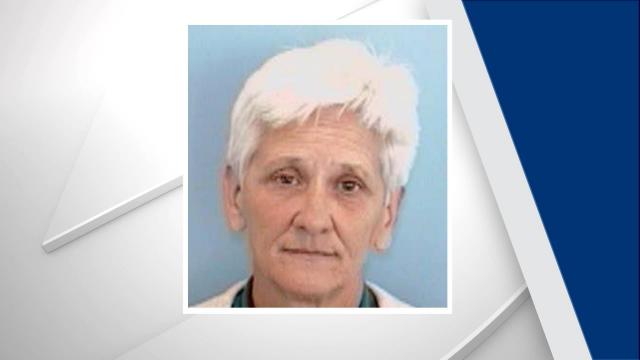 Selma, N.C. — A Silver Alert issued for a missing Johnston County woman, Helen Glover Horton, has been canceled by the Johnston County Sheriff's Office. There was no word on if she was found or her condition.

A Silver Alert has been issued by the N.C. Center for Missing Persons for a Johnston County woman who is believed to be suffering from dementia or some other cognitive impairment.

Helen Glover Horton, 66, was last seen at 4140 Old Beulah Rd. in Selma. She is 5-foot-4 and 120 pounds with short gray hair and brown eyes. She was last seen wearing a blue T-shirt, blue jeans and gray tennis shoes.

Officials believe she may still be in Selma and could be heading to a Dollar General there while driving a 2002 red Chevrolet Trailblazer with the N.C. license plate DMC-7816. Anyone with information is asked to contact B.J. Allen at the Johnston County Sheriff's Office at (919) 989-5000