Number of coronavirus cases in Washington and California rises sharply 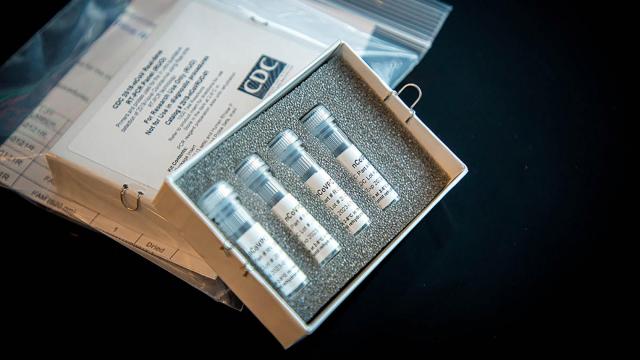 CNN — Of the more than 120 cases of novel coronavirus in the United States, at least 21 of them are in the Seattle area, according to King County health officials.

That total includes nine people who have died and others who have gotten sick at a nursing care facility in Kirkland. It is unclear whether it includes a person who works for Amazon in a downtown office building.

According to a company email for staff members in Seattle and Bellevue, the employee infected with the novel coronavirus became ill February 25 and has not been to work since then.

The company said it notified coworkers who had been in close contact with the patient. The worker was based at an office building the company refers to as Amazon Brazil, according to the email.

The state has had at least 27 confirmed cases of Covid-19, seven of which were King County cases announced Tuesday.

Eight of those who died were from King County, and one was from Snohomish County, county officials said. At least six of the patients died at EvergreenHealth in Kirkland, where some federal health experts are being sent.

Dr. Robert Kadlec, the assistant secretary of preparedness and response for the US Department of Health and Human Services, described to a US Senate committee the type of experts he was hoping to send across the country.

"We're looking to employ and deploy some of our national disaster medical system personnel as well as other federal health care personnel to assist at the Evergreen long-term treatment facility," he said.

At the nursing home, a Life Care Center in Kirkland, which county officials say was home to at least nine of the patients who came down with coronavirus, more than 50 residents and staff members were experiencing symptoms and were tested for the virus, King County health officer Jeffrey Duchin said Monday.

"Current residents and associates continue to be monitored closely, specifically for an elevated temperature, cough and/or shortness of breath," Executive Director Ellie Basham said in a statement on the Life Care website. "Any resident displaying these symptoms is placed in isolation. Associates are screened prior to beginning work and upon leaving."

A North Carolina resident who visited the facility and returned to the Raleigh area is now in isolation at home after a test indicated the person has coronavirus. The CDC should confirm the result in the next few days, officials said.

A US Department of Homeland Security facility in King County was shut down Tuesday after officials learned an employee had visited a relative at Life Care, acting Homeland Security Secretary Chad Wolf said during a House hearing.

The situation has residents frightened, US Sen. Patty Murray said during the Senate hearing, expressing concerns about testing protocol and the length of time it takes to get results.

"I'm hearing from people who are sick, who want to get tested, (who) are not being told where to go," she said. "I'm hearing that even when people do get tested -- and it's very few so far -- that results are taking way longer to get back to them."

As many as 1 million tests for coronavirus could be administered by the end of week, the FDA said, as cases across the United States rose to more than 100 and health officials warned the number will keep climbing.

More than 120 cases of the virus have now been reported in 13 states -- with many of the patients in California and Washington.

About a quarter of the current cases were likely transmitted through US communities, officials have said, meaning they were not travel-related.

"My concern is as the next week or two or three go by, we're going to see a lot more community-related cases," Dr. Anthony Fauci, director of the National Institute of Allergy and Infectious Diseases, said in a news conference Monday. "That's of great concern."

The number of cases has been on the rise as new guidelines from health officials gave more labs the go-ahead to conduct tests. Faulty kits from the US Centers for Disease Control and Prevention initially led to delayed and inconclusive results.

Over the weekend, the US Food and Drug Administration further expanded who could test for the virus by allowing additional labs to develop their own tests for the virus. The move, FDA Commissioner Stephen Hahn said, would enable academic centers and private companies to develop and use tests.

"We believe this policy strikes the right balance during this public health emergency," Hahn said in a statement. "We will continue to help to ensure sound science prior to clinical testing and follow-up with the critical independent review from the FDA, while quickly expanding testing capabilities in the U.S."

With more labs testing for the virus, the CDC stopped publishing the number of patients tested in the country -- a figure it had kept track of on its website.

"Now that states are testing and reporting their own results, CDC's numbers may not represent all of the testing being done nationwide," the agency said in a Tuesday email.

Meanwhile, state and health officials maintain there is no need to panic.

"We've seen an increase of cases in the United States over the weekend," Surgeon General Jerome Adams said Monday. "I want folks to understand that we knew this was coming, we told folks that this was going to happen and it is why we've been preaching preparedness from the very start."

Of the 124 cases, at least 45 are repatriated residents from the Diamond Princess cruise ship, which docked in Japan last month after an outbreak. More than 120 evacuees from the ship saw their scheduled Monday release from quarantine at Texas' Lackland Air Force Base delayed until Tuesday.

Those who have shown no symptoms of coronavirus will be released Tuesday "in an orderly way to minimize potential exposure to the San Antonio community," local health officials said.

Twenty-five cases of the virus have been reported in California, including the first one in the city of Berkeley.

The resident, who returned to the city February 23, was concerned about being exposed through travel and stayed home in a self-imposed quarantine, according to a news release from the city.

Orange County has two people whose positive tests need to be confirmed by the CDC. They are a woman in her 30s and a man in his 60s. They traveled to countries with widespread transmission, the Orange County Health Care Agency said.

"The more you look for something, the more likely you are to find it," said Dr. Nichole Quick, county health officer. "Now that our Public Health Laboratory is able to perform COVID-19 testing, we expect to see more cases here in Orange County."