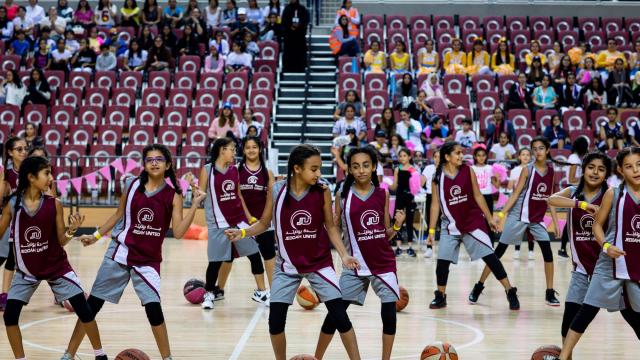 BEIRUT — They call each other meddlers, warmongers, religious hypocrites, zealots and sponsors of terrorism. Now Iran and Saudi Arabia, the archrivals of the Middle East, are competing in a surprising new category: gender equality.

They appear to be vying over who can be quicker to overhaul their repressive rules for women.

Tehran’s police chief announced this week that the so-called morality police who patrol the capital would no longer automatically detain and punish women seen without the proper hijab head-covering in public, an offense commonly called “bad hijab.” They will be given counseling instead.

In Saudi Arabia, one of the most restrictive countries for women, the authorities this week allowed female contestants at an international chess tournament to play without the full-body garb known as an abaya. That decision is the latest in a string of liberalizing moves by Crown Prince Mohammed bin Salman, the young Saudi ruler, which includes letting women drive.

Saudi Arabia and Iran are on opposite sides in many ways — in their divergent branches of Islam, the wars in Syria and Yemen, Lebanese politics and relations with the United States, for example. They have clashed over oil production, religious pilgrimages and who is a terrorist. But both countries are responding to domestic and international pressure over women’s rights.

Even with the strict gender separation rules imposed after Iran’s 1979 Islamic Revolution, Iranian women historically have enjoyed more liberties than their Saudi counterparts. That distinction, however, has become less pronounced with the ascent in Saudi Arabia of Salman, whose agenda includes loosening the severity of religion in everyday life.

Under the crown prince, Saudi women will soon be allowed to attend soccer matches at public stadiums. In June, the government says, they will be permitted to drive not only cars, but also trucks and motorcycles.

It is unclear whether the changes in Saudi Arabia have led directly to the unintended effect of changes in Iran. But some women’s rights advocates have seen a connection.

Roya Hakakian, an Iranian-American poet and journalist who co-founded the Iran Human Rights Documentation Center in New Haven, Connecticut, wrote in an opinion column published on Wednesday in The New York Times that women in Iran and Saudi Arabia had benefited from “competition between the two regimes to earn the mantle of the modern moderate Islamic alternative.”

She quoted Mariam Memarsadeghi, a co-founder of Tavaana, a civil education website about Iran, who now lives in the United States, as saying that she was not only happy for Saudi women, but “thrilled that the Iranian regime’s false moral superiority is punctured, that the Iranian regime’s laws and actions against women’s rights are made to look backward even by a country long seen as the region’s most backward.”

Others do not necessarily see a link, attributing the changes in Iran to other causes. They say Iran’s young population has proved far more resistant to the government’s societal restraints compared with their parents. The relaxed enforcement of a women’s dress code in Iran may be partly rooted in the impracticality of prosecuting, fining and imprisoning violators.

“Arresting the women and trials in court proved to be too time-consuming,” said Nader Karimi Joni, an Iranian journalist in Tehran. The law has not changed, he said, but now, “cash fines and lashes are at times substituted by ‘educational classes.'” Others pointed out that Iran still requires women to wear head coverings in public. Shahrzad Razaghi, a 24-year-old Tehran artist arrested in 2012 for not wearing her hijab properly, said the new enforcement policy “doesn’t mean I can go on the streets without a hijab.”

And in Saudi Arabia, the granting of driving privileges to women, while seen as a quantum leap there, is a right long held by women in Iran, elsewhere in the Middle East and the rest of the world. What women are permitted to wear outside, another issue in Saudi Arabia, is hardly a question in many countries.

“I am sorry to say, we are in 2017 and we are still talking about wearing and not wearing,” said Suad Abu-Dayyeh, a Palestinian who is the Middle East and North Africa consultant for Equality Now, a global women’s advocacy group.

Still, she said, “we’re hoping that what is going on in Saudi Arabia will be continuing.”

While she was cautious about concluding that the changes in Iran were related to the Saudi relaxation, she said each was obviously watching the other.

“Any advancement in any country will really affect the situation in the neighboring countries,” she said. “It will have perhaps an indirect effect on Iran to advance women’s rights, because they don’t want to be seen as an oppressive government to women’s rights, especially in front of the international community.”

Muna AbuSulayman, one of Saudi Arabia’s first female television hosts, said she saw the relaxations on women in the country as part of a broader desire by Saudis to embrace a more modern life. Saudi women, she said, do not compare themselves with Iranian women.

On the contrary, AbuSulayman said, Saudi women in some parts of the country go without head coverings or wear them loosely, with no fear of punishment or reprimand.

Whether the Saudi decision to allow female spectators at soccer matches will lead Iran to do the same is unclear at best. But shortly after the Saudi relaxation was announced in late October, Iran said it would allow female weightlifters to compete in international competitions abroad for the first time. Farideh Farhi, an Iranian scholar and professor of political science at the University of Hawaii, said she did not expect the female-spectator issue to emerge in Iran again until the country hosts a major soccer match. Some Iranian women have risked arrest and imprisonment by defying attendance bans at such events.

“Bottom-up women’s agitation to see the games in person has been a long-standing one and the resistance to it by religious authorities has also been long-standing,” Farideh said in an email.

The issue is unlikely be resolved through “the presumed competition with Saudi Arabia,” she said. “Gradual and awkward adjustments to self-inflicted social and cultural controversies is more like the Islamic Republic’s style.”