Universities Look to Strengthen the Places They Call Home 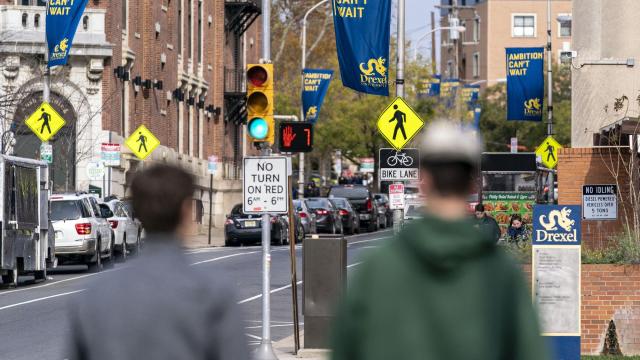 For decades, the University of Maryland has had a tense relationship with the residents and elected officials of College Park, a small city near Washington that the university calls home.

But that has begun to turn around, said Ken Ulman, a former local politician who is leading a university redevelopment effort aimed at attracting startups, government agencies and people looking for a walkable, affordable community on the doorstep of the nation’s capital.

“Having the university focused on its role and academic mission, and having its future tied to the surrounding community, is a watershed moment,” Ulman said. “We are looking for a positive impact that supports the university mission, strengthens its commitment to its students and its research mission.”

Many colleges and universities are taking a leading role in revitalizing local communities, recognizing that development not only can enhance the often fraught town-and-gown relationship but also make their institutions more attractive to students and faculty.

“You really cannot thrive as an institution by starving the neighborhood around you and being so singularly focused on your own goals,” said Omar Blaik, a former vice president at the University of Pennsylvania, now the chief executive of the consulting firm U3 Advisors. “You advance your own goals in an enlightened self-interest way by advancing goals of the neighborhood and the city.”

Officials at the University of Maryland are working closely with local governments to create a zone called the Discovery District in College Park after the university’s president, Wallace Loh, determined that the college town lacked some essentials. The zone will include research firms, startups and shops and restaurants. A new hotel on university-owned land opened recently.

“We are not in real estate to be real estate developers,” Ulman said, “but to make sure the core mission of the university can continue to thrive.”

A university loan program offers $15,000 to staff and faculty who want to buy a home nearby. Depending on how long the homeowner works at the university, the entire loan can be forgiven.

The overhaul of the area could take as much as 20 years, but it already has attracted about $1.6 billion in private investment and $717 million in state funds. The development has brought in new offerings in what not long ago had been a culinary desert.

And Route 1, essentially College Park’s “Main Street,” is beginning to shed its mishmash of fast-food restaurants, car dealerships and strip shopping malls and evolve into a more inviting and walkable roadway with off-campus housing, coffee shops and restaurants.

University officials hope to work with state government to add bike lanes, wider sidewalks and a median on Route 1, making it safer for pedestrians.

Other large universities are also working to strengthen partnerships with local governments and developers.

During the past decade, officials at Yale have bought and redeveloped several commercial properties, leading to the creation of more than 110 new stores and restaurants in New Haven, Connecticut, said Bruce D. Alexander, a former university administrator who headed up efforts to develop the area around the campus.

The developments have spurred the creation of hundreds of new jobs in the area and expanded the city’s tax base, Alexander said. He said Yale pays about $4.8 million annually in real estate taxes on commercial properties. Private companies have been arriving, including tech and research firms.

“It has had the effect of jump-starting the private sector,” he said.

Drexel University in Philadelphia has completed about $500 million in real estate development since 2010, said the university president, John Fry. He said school officials see vast potential in the once-lagging area.

In 2017, Drexel and developer Brandywine Realty Trust broke ground on the Schuylkill Yards project, a $3.5 billion, 14-acre development that will include commercial laboratories as well as residential, retail, office and academic space.

“We have been completely making over the neighborhood and parts of campus, using residential, retail, hotel and child care,” Fry said.

A lot of the development partnerships are being enabled by developer investment, Fry said. That’s a goal of many colleges and universities, which are hard pressed to justify expenditures that are not directly related to their academic missions.

The University of Pennsylvania is also involved in developments in Philadelphia, including building a $1.5 billion hospital that is expected to open in 2020. University City, as the broader area is known, also includes Lincoln University, Penn Presbyterian Medical Center, Children’s Hospital of Philadelphia, the University City Science Center and the Wistar Institute biomedical research center.

Paul McGowan saw the potential for private development in college towns when he formed Study Hotels, a campus-affiliated hotel brand. While on a college tour with his daughter several years ago, McGowan, a former executive at Starwood Hotels & Resorts, found the options for overnight stays pretty sparse.

“We hit every liberal arts college on the East Coast,” he said. “It was pretty evident to me that some of these sophisticated people traveling around — visiting faculty, prospective parents and future alumni — appreciate good comfort and good lodging. But the offerings were not there for them.”

That led him to open his first Study Hotels site in New Haven in 2008.

McGowan said he had seen a wave of activity near campuses. “Just as a mature customer will enjoy being in our hotel,” he said, “they might enjoy being in a campus they adore.”

His hotels are designed to incorporate elements that “celebrate the heritage and character” of the universities, he said.

Fry of Drexel was eager to get Study Hotels into the development mix. After staying at the hotel in New Haven, he contacted McGowan to discuss the possibility of a Philadelphia site.

“I really wanted this kind of product on my campus,” Fry said. The hotel opened on the Drexel campus in 2017. The development boom near campuses is not happening just in big cities. Smaller development has been spurred by the University of Toledo in Ohio, the Brownsville campus of the University of Texas and Ball State in Muncie, Indiana.

At Clark University in Worcester, Massachusetts, Jack Foley, a university vice president, has worked closely with local officials to build public schools and recreational facilities and to encourage homeownership near the campus. Clark students engage in tutoring programs and other assistance to those living in the neighborhood.

Foley said the university sought to “partner with the community, not dominate it.” The goal was to “create a sense of real opportunity for families, businesses and Clark students,” he said.

Officials in Worcester have been able to use a variety of federal, state and private funding to create new housing, assist first-time homebuyers and spur retail development. Clark’s contributions include expanding campus housing to get students out of neighborhood rentals, which makes the nearby community more appealing to homebuyers. The university also trains teachers and is helping to establish new neighborhood public schools.

Clark also has been offering free tuition to local residents, a $14 million benefit to the community since 1995, Foley said. As for most higher education institutions, Clark’s educational properties are tax-exempt, but the school has made an annual $3 million payment in lieu of taxes and other in-kind contributions to the city for the past 20 years.