Unions Are Gaining a Foothold at Digital Media Companies 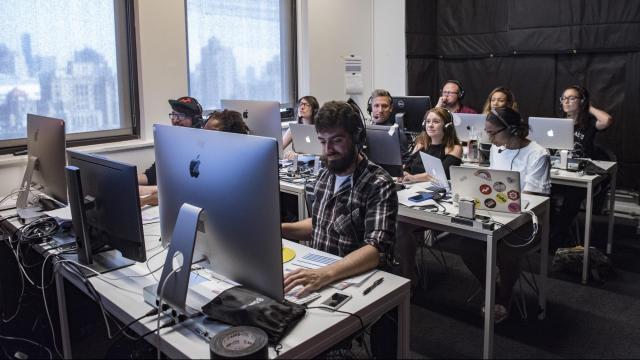 After employees at the online media company Vox Media announced plans to form a union last month, German Lopez, a senior reporter at the company’s general news website Vox.com, posted a thread on Twitter that inspired a heated debate more than 1,000 comments in length.

In the first tweet, Lopez said, “I am against #VoxUnion.” He followed that one by arguing that some writers wanted a union “as protection for laziness.” He added that Vox was “a generous company” and “some people want to take advantage of that.”

Then a couple of weeks ago, Lopez changed his mind, swayed by the idea that the company’s generosity is not set in stone and that new management could roll back benefits.

The organizing effort at Vox is part of a growing union movement at more than a dozen digital publishers. When they entered the media fray, these and other online players sought to shake up the status quo, but while their traffic soared, their profits did not. Now they confront the same job cutbacks and financial uncertainty as their more established brethren.

Employees at now-defunct Gawker Media joined the Writers Guild of America East labor union in the summer of 2015. Members of the editorial staffs at Vice Media, ThinkProgress and HuffPost followed suit, organizing unions that their companies recognized and that subsequently ratified contracts.

Writers and editors at other digital publications — including The Intercept, Salon, Slate, Thrillist and MTV News — have since affiliated themselves with the Writers Guild of America East, citing a need for better wages and benefits. Their unions have been recognized by the people who run those companies and are negotiating contracts with management.

Daniel Marans, a reporter at HuffPost, said the treatment of employees at digital media companies should not remain stuck in a time when websites were small and scrappy, staffed by younger workers who were happy to see their names in pixels.

“That comes to things like transparency on pay, having a decent pay scale that allows a ladder of sustainability where you can support yourself on such an income, and having due process and a guarantee of severance in the case of layoffs,” Marans said.

“People were fed up and broke and anxious about the future, and the union gave them a way to take control and force things to change,” Kelly said.

It is a labor model that has been in place for years among the big media operators. The New York Times, Reuters and The Wall Street Journal all have unions.

That digital players are moving in that direction reflects the broader business troubles in the media industry as a whole. Digital writers and editors live with the uncomfortable possibility that their bosses could enact a sudden change in strategy, resulting in layoffs.

Lowell Peterson, the executive director of Writers Guild of America East, denounced the tendency of executives at online media companies to make important decisions concerning company strategy without the input of employees.

“They just open their email inbox and go, ‘Oh, dear, what next?'” he said.

The owners of several digital publishers — even those with a decidedly liberal editorial voice — have opposed their employees’ attempts to form unions. Jonah Peretti, the founder of BuzzFeed, has repeatedly spoken against the need for a union at his company.

In October, employees of the New York news sites Gothamist and DNAinfo voted in favor of forming a union through a National Labor Relations Board formal vote. Rather than negotiate an agreement with a union, the websites’ owner, Joe Ricketts, closed both sites.

And Lopez, the Vox reporter, said he had received text and Twitter messages from people both inside Vox Media and outside thanking him for his tweets, saying they were too scared to voice these concerns and were happy he was bringing up counterpoints to unionizing.

Vox Media’s publisher, Melissa Bell, said in a statement: “We’ve been in productive discussions with WGAE for the past few weeks with the collective goal of ensuring that our company is one of the best places to work in all of media. We look forward to continuing to collaborate with our growing team on building the strongest modern media company out there.”

Lopez said he had taken his doubts to the Vox Media union organizing committee, which explained to him that if the company was bought out or the current management retired, the generous benefits and comfortable salaries could disappear. On Dec. 14, he wrote on Twitter that he had signed a union card, but added that the onslaught of Twitter comments was not what had changed his mind.

The population of Twitter users who skew to the left “is pretty big and obviously pro-union,” Lopez said. “In some ways, I understand the response. They’re fighting for unions in a broad political and philosophical sense, and one guy downing on unions is pretty annoying.”