Uninsured and underinsured motorist coverage: why it's important and when to use it 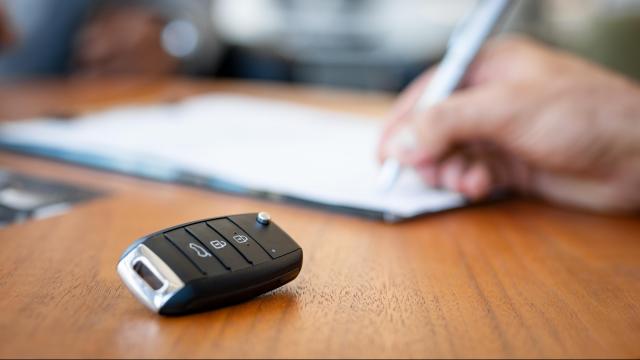 The chance of a collision is simply a reality of spending time behind the wheel. Unfortunately, not all drivers on the road are adequately insured; meaning if a collision does occur, a driver may not be able to cover the cost of damages to your vehicle or possible medical expenses.

"As a lawyer, if I could put up an educational billboard and I was limited to one topic, this is what it would be," said Hunt Willis, an attorney at the Raleigh based law firm Martin & Jones. "If there is another motorist behind the wheel that causes you great harm, uninsured and underinsured motorist protection will step into the shoes of that at-fault motorist and act like your own insurance claim for purposes of what happened to you."

Hunt continued. "What underinsured motorist protection does is it says, 'Why count on somebody else having an adequate amount of insurance to cover your harms and losses when you can just have the adequate amount yourself?'"

In North Carolina, especially, underinsured motorist protection is crucial. This stems from the fact the minimum required for liability insurance in the state is $30,000, which, in the case of a major wreck, is far from enough to cover damages to both your vehicle and your person.

With underinsured motorist protection, an individual is able to carry up to $1,000,000 in coverage that can be applied to not only your vehicle, but also medical bills, lost wages, future permanent injury and more.

"I tell my clients that other than health insurance, uninsured and underinsured motorist protection is probably the best insurance you can have," Willis explained. "Statistically, the likelihood of you ending up in a level-one trauma facility from a terrible injury is probably not going to be because of infectious disease or because you fell down the stairs. It's probably going to be because of something involving a motor vehicle."

The incident doesn't even need to occur while you're in a car to use underinsured motorist protection. It applies to all motor vehicle injuries inflicted by other drivers. That means you could be crossing the road, in a parking lot or biking down the street, and still benefit from your policy's coverage.

In one instance Willis recalled, he and his colleagues were representing the family of a teenager who was tragically killed along a highway. While the boy did not have underinsured coverage himself, his stepfather did, and together with Martin & Jones, the family was able to pursue a $1 million claim.

For those without this type of coverage, however, it may be a much different outcome.

"We have too many examples to list of people who would've been helped by this coverage if they had it," Willis said. "For example, I have personally met with quadriplegics who will go the rest of their lives without the use of their limbs below their cervical spine, and there was only $30,000 available for them. We have met with the family members left behind whose children were victims of tragic incidents and died, and there was only $30,000 to compensate the families."

While it may seem like adding underinsured motorist protection to your insurance would drive up your premium, it is relatively affordable when you consider its coverage potential. In Willis' experience, it's mostly a lack of knowledge.

Once a client understands the vast benefits of underinsured motorist coverage, they're more than willing to pay a small increase in monthly expenses.

Willis recommended taking the highest coverage your insurance carrier offers, or at least having $100,000 in coverage.