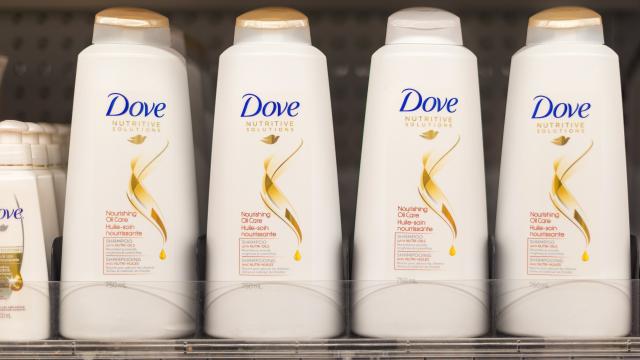 CNN — Consumer goods giant Unilever has committed to halving its use of new plastic by 2025.

To get there, Unilever will offer more reusable and refillable packaging, and sell more "naked," or unwrapped, products. The company will also use more recycled plastic in its packaging.

"There is a lot of plastic pollution in the environment. And the fact of the matter is — too much of it carries our name," Unilever said in a statement.

Unilever has been developing new ways to deliver its products, which the company says are used daily by 2.5 billion people in over 190 countries. It has tried selling ice cream bars without plastic wrappers, as well as cleaning product concentrates that allow shoppers to refill bottles instead of buying new ones.

The company is also participating in an industry initiative called Loop. As part of that project, it's selling refillable deodorant sticks made from stainless steel. The deodorant lasts one month on average and the packaging can be reused an estimated 100 times. Other consumer goods producers including Procter & Gamble, Nestlé, PepsiCo, Danone and Mondelēz International have also signed on to Loop.

The push by consumer goods makers to reduce their use of plastic comes amid mounting pressure from governments for them to act. Consumers are also increasingly aware of the damage that's caused when plastic enters the environment and especially the world's oceans.

Massive amounts of plastic have piled up in landfills, with some emitting greenhouse gases and contributing to global warming as they degrade. Plastics are expected to outweigh fish in the ocean by 2050.

Alan Jope, the CEO of Unilever, said in a statement that the huge scale of the problem demands a "fundamental rethink" in the company's approach to packaging and products.

"It requires us to introduce new and innovative materials, and scale up new business models, like reuse and refill formats, at an unprecedented speed and intensity," he added.

The company previously committed to making all of its plastic packaging fully reusable, recyclable or compostable by 2025. It wants recycled plastic to make up at least 25% of its packaging by the same year. Both efforts should help the company meet its commitment to reduce its use of new plastic.

Learning how to recycle

Unilever is also working to ensure that more of the plastic that it does use is recycled. The company said Monday that it wants to collect and process more plastic packaging than it sells by 2025.

To meet that goal, the company will invest in waste collection and processing. Unilever will also purchase more recycled plastics for use in its own packaging, and it will participate in programs where it directly pays for the collection of its own discarded packaging.