Unfiltered Fervor: The Rush to Get Off the Water Grid 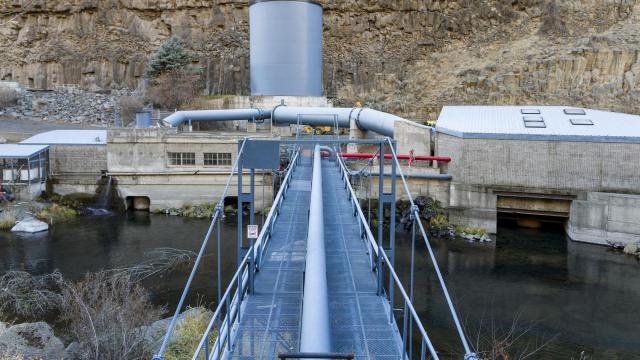 SAN FRANCISCO — At Rainbow Grocery, a cooperative in this city’s Mission District, one brand of water is so popular that it’s often out of stock. But one recent evening, there was a glittering rack of it: glass orbs containing 2.5 gallons of what is billed as “raw water” — unfiltered, untreated, unsterilized spring water, $36.99 each and $14.99 per refill, bottled and marketed by a small company called Live Water.

“It has a vaguely mild sweetness, a nice smooth mouth feel, nothing that overwhelms the flavor profile,” said Kevin Freeman, a shift manager at the store. “Bottled water’s controversial. We’ve curtailed our water selection. But this is totally outside that whole realm.”

Here on the West Coast and in other pockets around the country, many people are looking to get off the water grid.

Startups like Live Water in Oregon and Tourmaline Spring in Maine have emerged in the last few years to deliver untreated water on demand. An Arizona company, Zero Mass Water, which installs systems allowing people to collect water directly from the atmosphere around their homes, began taking orders in November from across the United States. It has raised $24 million in venture capital.

And Liquid Eden, a water store that opened in San Diego three years ago, offers a variety of options, including fluoride-free, chlorine-free and a “mineral electrolyte alkaline” drinking water that goes for $2.50 a gallon.

Trisha Kuhlmey, the owner, said the shop sells about 900 gallons of water a day, and sales have doubled every year as the “water consciousness movement” grows.

What adherents share is a wariness of tap water, particularly the fluoride added to it and the lead pipes that some of it passes through. They contend that the wrong kind of filtration removes beneficial minerals. Even traditional bottled spring water is treated with ultraviolet light or ozone gas and passed through filters to remove algae. That, they say, kills healthful bacteria — “probiotics” in raw-water parlance.

The quest for pure water is hardly new; people have been drinking from natural springs and collecting rainwater from time immemorial. The crusade against adding fluoride to public water began in the 1950s among Americans who saw danger in the protective measures that had been adopted over decades to protect the populace from disease and contamination.

But the off-grid water movement has become more than the fringe phenomenon it once was, with sophisticated marketing, cultural cachet, millions of dollars in funding and influential supporters from Silicon Valley.

One recent morning in the hills of Berkeley, California, Cody Friesen, the founder and chief executive of Zero Mass Water, was inspecting water collection panels he had installed for his investor Skip Battle, a longtime tech leader who now sits on the boards of LinkedIn, Netflix and OpenTable.

The system — called Source, which retails for $4,500, including installation — draws moisture from the air (the way rice does in a saltshaker) and filters it, producing about 10 liters of water a day and storing about 60 liters. The goal, Friesen said, is to make water “that’s ultra high quality and secure, totally disconnected from all infrastructure.”

“Just take a breath of air,” said Friesen, a professor of materials science at Arizona State University. “Take a deep breath. No matter how wealthy or poor you are, you can take a breath and own that air that you breathe. And yet water — the government brings it to you.”

Battle’s system runs on power from its own small solar panel. It feeds into a tap set up in his stone garden, where he goes to drink. He said he’s been making all his meals and drinks with it.

Battle poured himself a glass. “The water from the tap just doesn’t taste quite as refreshing,” he said. “Now is that because I saw it come off the roof, and anything from the roof feels special? Maybe.”

The most prominent proponent of raw water is Doug Evans, a Silicon Valley entrepreneur. After his juicing company, Juicero, collapsed in September, he went on a 10-day cleanse, drinking nothing but Live Water. “I haven’t tasted tap water in a long time,” he said. Before he could order raw water on demand, Evans went “spring hunting” with friends. This has become more challenging lately: The closest spring around San Francisco has recently been cut off by landslides, so reaching it means crossing private property, which he does under cover of night.

“You have to be agile and tactile and be available to experiment,” he said. “Literally, you have to carry bottles of water through the dark.”

At Burning Man, the summer festival in the Nevada desert that attracts the digerati and others, Evans and his RV mate brought 50 gallons of spring water they had collected. “I’m extreme about health, I know, but I’m not alone with this,” Evans said. “There are a lot of people doing this with me. You never know who you’ll run into at the spring.”

The founder of Live Water, Mukhande Singh, started selling spring water from Opal Springs in Culver, Oregon, three years ago, but it was a small local operation until this year. Marketing materials show Singh sitting naked and cross-legged on a hot spring, his long brown hair flowing over his chest.

Pure water can be obtained by using a reverse osmosis filter, the gold standard of home water treatment, but for Singh, the goal is not pristine water, per se. “You’re going to get 99 percent of the bad stuff out,” he said. “But now you have dead water.”

He said “real water” should expire after a few months. His does. “It stays most fresh within one lunar cycle of delivery,” he said. “If it sits around too long, it’ll turn green. People don’t even realize that because all their water’s dead, so they never see it turn green.”

Singh believes that public water has been poisoned. “Tap water? You’re drinking toilet water with birth control drugs in them,” he said. “Chloramine, and on top of that they’re putting in fluoride. Call me a conspiracy theorist, but it’s a mind-control drug that has no benefit to our dental health.” (There is no scientific evidence that fluoride is a mind-control drug, but plenty to show that it aids dental health.)

Talk like Singh’s disturbs Donald Hensrud, director of the Healthy Living Program at the Mayo Clinic in Rochester, Minnesota. What the raw-water partisans see as dangers, he says, are important safety measures.

“Without water treatment, there’s acute and then chronic risks,” Hensrud said, including E. coli bacteria, viruses, parasites and carcinogenic compounds that can be present in untreated water. “There’s evidence all over the world of this, and the reason we don’t have those conditions is because of our very efficient water treatment.”

Hensrud said he has noticed more interest in alternative water sources; a patient recently asked questions about a raw water he had been drinking. “There are people, just like with immunizations, that don’t accept the status quo,” Hensrud said. The rules for selling bottled water are imposed by states and the Food and Drug Administration, which does not specify how water be treated but sets acceptable amounts of chemicals and bacteria at a low level. State and federal inspectors make unannounced visits to bottling plants to test for harmful contaminants.

Seth Pruzansky, the chief executive of Tourmaline Spring (whose website touts its “sacred living” water), got an exemption from the state of Maine in 2009 to sell his water untreated. “The natural food industry has been in the Dark Ages when it comes to water,” he said. “Now there is a renaissance.”

The movement against tap water, like the movement against vaccines, has brought together unlikely allies from the far left and the far right. Conspiracy theorists like Alex Jones, founder of the right-wing website Infowars, have long argued that fluoride was added to water to make people more docile. Similar claims can be heard in the largely liberal enclaves where Live Water is seeing interest spike.

“Fluoride? It’s a deathly toxic chemical,” said Vanessa Kuemmerle of Emeryville, California, who does landscape design for large tech companies. She said she was an early adopter of raw water and has noticed many of her clients following suit.

The health benefits she reported include better skin and the need to drink less water. “My skin’s plumper,” she said. “And I feel like I’m getting better nutrition from the food I eat.”

In the community of tap-water skeptics, many talk about water the way others might about fine wine.

“My friends who drink spring water, when they come over now they’re like, ‘Oh yeah, give me the good stuff,'” said Amanda Thompson, a writer in San Francisco. “The consciousness around water is changing.”

Not everyone has been receptive. Many San Franciscans are proud of their tap water, which comes from Hetch Hetchy, a reservoir in Yosemite National Park.

“My landlord lives across the street and thinks I’m crazy,” Thompson said. “He gave me a big rant around Hetch Hetchy water and how the water’s so good. I always hope he’s not around when there’s a delivery.”

Raw water is such a nascent business that there’s debate over what exactly to call the liquid. Daniel Vitalis hosts a podcast, “ReWild Yourself,” that promotes hunting for food and gathering water; he started the site called FindASpring.com to help people locate springs. He prefers the term “unprocessed water,” which echoes the idea of processed versus unprocessed food.

“I don’t like ‘raw water’ because it sort of makes people think of raw sewage,” Vitalis said. “When you say ‘live water,’ that’s going to trigger a lot of people who are into physics and biology. Is it alive?”