Understanding Dementia from the Inside 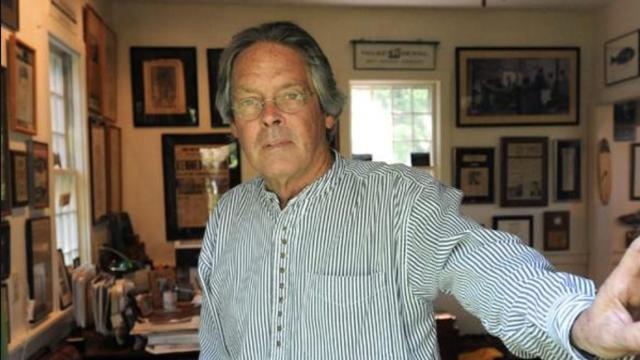 We know a lot about what dementia looks like from the outside. Our loved one might have trouble finding a word, remembering a story we told them the previous week or finding their car keys or wallet. What we know less about is what it feels like from the perspective of someone who themselves has a diagnosis of Mild Cognitive Impairment or one of the types of dementia. (The five most common types are Alzheimers, Vascular Dementia, Lewy-Body Dementia, Parkinsons and Frontotemporal.)

Before COVID shut all in-person presentations down last spring, I heard a moving talk given by former dean of Trinity Episcopal Cathedral Tracey Lind and her wife Emily Ingalls about their journey after Tracey was diagnosed with Frontotemperal Dementia. What was striking was how honest they both were about both the hard moments and good ones. It was illuminating because while many of us have seen the behaviors that come with the onset of dementia, we rarely understand what is going on beneath the surface from the perspective of the person with dementia. Yes, there is plenty of science that informs us of what is happening biologically and neurologically; there is little that helps us understand what is happening physically and emotionally.

The bulk of the people I seem to be working with the most these days are those with some form of dementia and their families. In some cases, I'm working with people with dementia who do not have families. Consequently, most of what I come to know about those individuals comes from the individual themselves. However, recently in addition to Tracey Lind's talks and book, I've discovered some excellent sources.

At the top of the list would be the podcast The Forgetting, which features conversations between Greg O'Brien, author of "On Pluto: Inside the Mind of Alzheimer's" and Alzheimers Expert David Shenk, author of, "The Forgetting: Alzheimer's, Portrait of an Epidemic."

O'Brien was diagnosed with early-onset Alzheimer's disease in 2009, at age 59. He and Shenk began recording these twice-a-month conversations in January of 2019, in which O'Brien shares poignant and hilarious stories about his experiences in the later phases of this disease. I've found his candid portrayal of regular everyday events so moving that they stay with me long after the show is over.

An interesting and relevant aside, for those who avidly watch the popular series on NBC (and streamed on Hulu), "This is Us," main character Rebecca bases her decline with Alzheimers on what she has learned from friend Greg O'Brien. Because of how much attention she has brought to the disease, Mandy Moore, the actress who plays Rebecca, was recently awarded Ambassador for the Women’s Brain Health Campaign byUs Against Alzheimers

Podcasts and talks, books and shows are bringing a new lens to the sixth leading cause of death in the United States and providing us a new language for understanding and responding to our loved ones with this diagnosis.