Under Armour founder Kevin Plank is stepping down as CEO 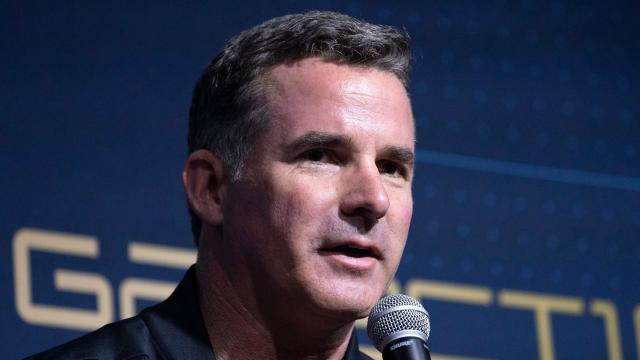 CNN — Under Armour is making changes at the top as it continues to struggle against its rivals.

CEO and founder Kevin Plank is stepping back from the position, the company announced Tuesday. He will be replaced by current chief operating officer Patrik Frisk, who will assume the position on January 1, 2020. Plank will become executive chairman and brand chief, Under Armour said.

Plank has been the company's CEO since its inception in 1996 when he started it from his grandmother's basement in Washington D.C. while he was in college. Under Armour moved its headquarters to Baltimore two years later, and both Plank and the company have since become synonymous with the city.

Plank, 47, is also the most recognizable face of the company, for better or worse. His name has been tied to negative reports about the company's culture, and recently he's been dragged into politics and public disagreements with President Trump.

Plank defended Baltimore when Trump criticized the city over the summer. He also was one of the first CEOs to drop out of Trump's American Manufacturing Council in 2017 after the president was reluctant to denounce neo-Nazis, the KKK and other white supremacists.

In a release Tuesday morning, Plank called Frisk the "right person" to be Under Armour's CEO.

"As my partner during the most transformative chapter in our history, he has been exceptional in his ability to translate our brand's vision into world-class execution by focusing on our long-term strategy and re-engineering our ecosystem through a strategic, operational and cultural transformation," Plank said.

Frisk said he's "honored to lead this great brand toward the realization of its full potential." He's been with the company since 2017.

The changes come as the company's North American sales are struggling. In its most recent earnings report, Under Armour's sales in the region declined 3% compared with a year ago.

Under Armour's business with outside retailers and its direct sales through its own website and stores both fell last quarter in the US. Under Armour also lowered its forecast for the region, signaling that the brand expects struggles to persist.

It's also having trouble attracting customers as Nike, Adidas and smaller brands such as Fila and Puma thrive, Cristina Fernandez, analyst at Telsey Advisory Group, previously said in a note to clients.

And Plank has been embroiled in scandal. The Wall Street Journal reported Plank was soliciting business advice from MSNBC anchor Stephanie Ruhle, which made some employees uncomfortable. Kelley McCormick, Under Armour's senior vice president of communications, told the Journal that Plank and Ruhle "are friends." In a statement to CNN Business, a spokesperson for Under Armour said that "Mr. Plank is entirely focused on Under Armour and its success."

The same newspaper also reported on the company's culture last year, and revealed a practice that had allowed employees to charge strip club visits to their corporate cards. According to the article, executives and employees, including Plank, attended strip clubs with athletes and co-workers over the years.

Plank and Frisk co-wrote a letter to employees and admitted the story was "tough to read."

In a statement, Under Armour said it has "addressed these serious allegations of the past and will continue to address workplace behavior that violates our policies."

The stock is only up 12% for the year — a steep decline from its highs in July when it was up as much as 50% for the year. Shares are moving 2% higher in early trading.