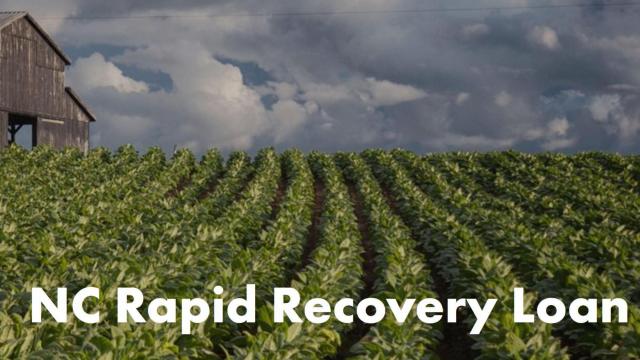 "Businesses are facing a great deal of uncertainty," said Barry Ryan, who is managing the program for the North Carolina Rural Center. "A big hesitancy to take on debt."

When Gov. Roy Cooper pulled the trigger on the state's first shutdown orders in March, Golden LEAF started offering $50,000 loans to help small businesses weather what they hoped would be a short-term situation. The Rocky Mount-based economic development foundation partnered with the Rural Center and others, and the initial $15 million went fast.

In early May, the General Assembly approved another $125 million for the program. As of this week, the program had loaned out about $28.6 million, including the initial $15 million. The average loan size is a little more than $35,000.

"Businesses that are not sure about their future and our product, which is a loan product, is giving them pause," Ryan said.

The federal Paycheck Protection Program has also filled the same need for businesses, and despite an initial rocky rollout, the program didn't use all its available funding. Those loans are forgivable, if businesses keep their employees on, making them more attractive than the low-interest loans available through Golden LEAF.

Those loans come with no payments due for six months and 5.5 percent interest after that – well below market rate for a commercial loan.

"The demand for immediate cash for small businesses was met by the PPP program," said Peter Gwaltney, president and chief executive of the North Carolina Bankers Association. "We just saw it, the demand, fall off a cliff. It was like one day it just stopped."

The program is federally funded, but banks and other lending institutions handled the application process. At the end of June, there was more than $100 billion left nationally.

Gregg Thompson, state director for the National Federation of Independent Businesses, said he believes the majority of small-business owners who applied for PPP money got it. Thompson said he saw the Golden LEAF program as a bridge to PPP, giving businesses some cash flow while they waited for the larger federal program to kick in.

It's possible the Golden LEAF program will be needed again in the coming months, he said.

"They need customers and cash flow," he said.

Golden LEAF brought in credit counselors and other experts to work with business owners to understand their options, said Director of External Affairs Kasey Ginsberg. The program has also extended its repayment term from 48 to 60 months.