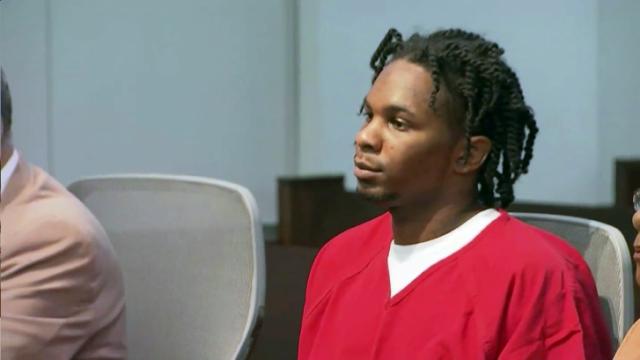 Raleigh, N.C. — A Durham man spending life in prison for the 2008 shooting death of a University of North Carolina at Chapel Hill student is appealing his sentence to the state Supreme Court.

Last month, the North Carolina Court of Appeals upheld Laurence Lovette's life sentence for the first-degree murder of Eve Carson, but an appellate attorney questions that decision in a notice of appeal filed Tuesday, saying there are still constitutional issues in the case.

Lovette, 23, was originally sentenced to life in prison without the possibility of parole in December 2011, but his sentence was reconsidered last year because of a U.S. Supreme Court ruling that offenders under age 18 at the time of a crime can't receive life sentences without parole unless mitigating circumstances are weighed.

Lovette was 17 years old when he and another man kidnapped, robbed and shot Carson five times in a neighborhood near the UNC campus early on the morning of March 5, 2008.

His attorneys want the life sentence vacated and a lesser sentence imposed that would make him eligible for parole after 25 years.

A judge, however, ruled at Lovette's resentencing in June 2013 that there was no chance of him being rehabilitated.

Lovette is in prison at Polk Correctional Institution in Butner, where he's awaiting another murder trial late next month for the shooting death of Duke University graduate student Abhijit Mahato, who was killed two months before Carson.

Mahato's friends found the 29-year-old shot in the head in his apartment near the Durham campus on Jan. 18, 2008.