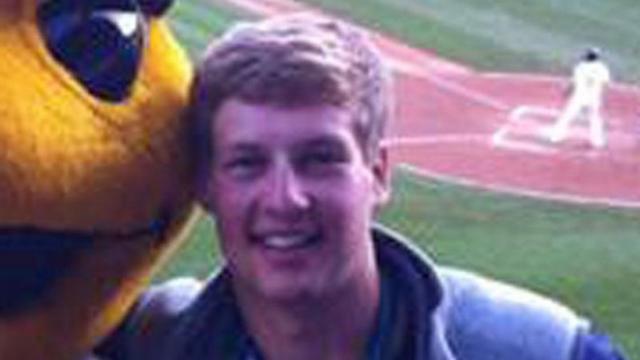 Carrboro, N.C. — The body of a  first-year student at the University of North Carolina at Chapel Hill was found in Carrboro Saturday night, the second death of a student in less than two months.

The body of David Palmer Shannon, 18, of Charlotte, was discovered in the area of Brewer Lane. Carrboro police are asking anyone with information about Shannon's whereabouts Friday night to call investigators at 919-918-7409 or 919-918-7417.

Police have not said how he died but called his death an "isolated incident" that poses no threat to the public. It's unclear whether police are investigating the case as a homicide.

Those who knew Shannon said he was a joy to be around. "He was well liked by everybody," said UNC student Mariana Bui, who went to high school with Shannon.

UNC student Austin Flye was mourning the death his childhood friend with whom he played youth football and went to middle school, high school and eventually college.

"The fact that a kid my age and I knew so well died — that's terrible," Flye said. "It's kind of putting a wave of depression over some people."

Shannon belonged to the Chi Phi fraternity, which will hold a vigil at UNC's Pit at 8 p.m. Monday.

Grief counselors were on campus Sunday, helping the UNC community deal with the second of a student in two months.

Faith Hedgepeth, 19, was found dead in her Hawthorne at the View apartment by her roommate on Sept. 7. No suspects have been named, and police have said little other than that they don't believe the crime was random.

"It's tough because this is the second death that has happened in Chapel Hill," said Bui.

"I think everybody wants to know the full deal behind not only his death, but Faith's as well," Flye said. "The unknown is kind of scaring people."