The technology could help people like Melissa Millhorn, 49, who recently had arthroscopic knee surgery to repair a torn meniscus -- the tough cartilage that cushions the joint. "I started having pain and my knee would catch and I couldn't bend it," Millhorn said.

"There's so many people who have cartilage damage or meniscus damage who are very young who really aren't candidates for that kind of major surgery," he said.

Right now, Millhorn sticks with low impact exercise to spare her knee, but the new research could give her a better alternative. 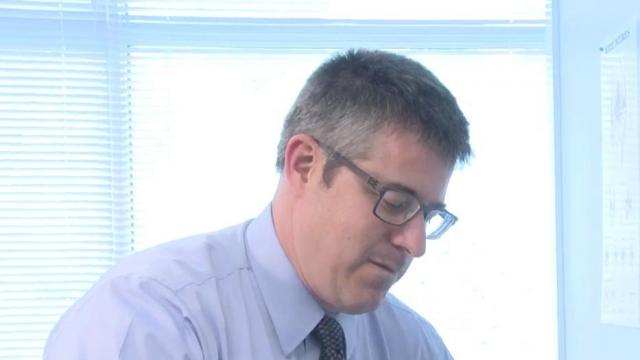 "What you are seeing here is basically the next generation of manufacturing," said Dr. Rohan Shirwaiker, a professor at N.C. State who uses bioprinting technology to mimic natural tissues like the meniscus.

Within the clear polymer is a person's own living cells, carefully guided into place by ultrasound waves. The size and shape matches an MRI image of a patient's own cartilage.

"That arrangement of cells is critical to how your organs perform in daily functions," Shirwaiker said. "These cells talk to each other. They know what to do when they are in each other's vicinity."

Shirwaiker said this is the closest anyone has come to matching natural tissue function and structure.

"The properties, how if feels, the size, shape -- everything," said Shirwaiker, adding that the same approach can be used to create a range of tissues like ligaments and tendons.

The bioprint cartilage technology is now being tested in large animals at N.C. State's School of Veterinary Medicine. The research is published in the journal Biofabrication.