Human trafficking is one of the fastest growing crimes in the United States, according to the U.S. Department of Justice, and an initiative led by the University of North Carolina is working to curb the number of cases in the state.

A 2016 investigation by WRAL uncovered more than 3,100 calls made from North Carolina to the National Human Trafficking Resource Center Hotline since 2007, leading to more than 700 criminal cases against alleged human traffickers.

One of the many reasons that human trafficking is so prevalent in N.C. is the number of major highways -- including I-40, 85 and 95 -- that run through the state, the N.C. Department of Administration said.

In an effort to reduce the number of child trafficking cases in the state, UNC is leading a collaborative effort with key stakeholders in the state through Project NO REST, "North Carolina Organizing and Responding to the Exploitation and Sexual Trafficking of Children."

"We were fortunate to receive a grant from the U.S. Children's Bureau in 2014 to support anti-trafficking efforts in North Carolina," said Dean Duncan, a research professor at the UNC Chapel Hill School of Social Work who is leading the project.

Duncan added, "As a result of that funding, we were able to bring a large group of agencies and stakeholders together to craft a comprehensive plan to guide our efforts."

Project NO REST hopes that increasing public knowledge of how human trafficking affects children, as well as improving the collaboration of law enforcement agencies and victim-centered service agencies, will help them achieve this goal.

"An amazing aspect of Project NO REST is that it is, and has been, driven from a collaborative effort of many resources from all across the state volunteering their expertise and time," said Patricia Witt, co-founder of Partners Against Trafficking Humans in N.C. "The comprehensive strategic plan is a prime example as it was developed by six teams with 'feet on the ground,' each knowledgeable in one or more of the six aspects of the plan."

In fall 2016, the Project NO REST team selected five communities across the state using an application process to pilot the initiative. These pilot sites receive training and support from the Project NO REST team, and are using the initiative's approach of inter-agency collaboration to provide victim-centered, trauma-informed services that target youth, up to age 26, who have been or could become victims of human trafficking.

The five pilot sites are:

"Project NO REST is a key component in North Carolina's multi-faceted approach to preventing human trafficking and improving outcomes for survivors," said Libby Coles, executive director of JusticeMatters, Inc. and chair of the N.C. Human Trafficking Commission. "It's an honor to serve our state alongside the project team and all those who've joined the movement to end the exploitation of our neighbors for sex and labor."

She added, "The Commission is committed to the success of the pilot sites, celebrating the resilience and recovery of survivors even as we strengthen protections for the children of North Carolina." 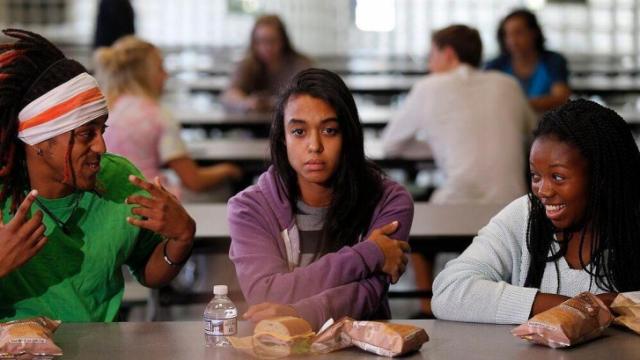 Project NO REST will compile the reports and intend to generate numbers of confirmed human trafficking cases in North Carolina, as these numbers are not currently known in total.

"Raising awareness for all citizens is key to making this crime less 'hidden beneath the surface' of everyday life in order to eradicate it," Witt explained. "Having a public outreach program is designed to do just that."

Witt pointed out that "impressing on each citizen that he can do something to prevent human trafficking is also key."

"Actions as simple as knowing your neighbors, showing respect for yourself and others, and practicing kindness undercut many of the societal factors that allow human trafficking to exist," she said.