Charlotte, N.C. — The campus of the University of North Carolina-Charlotte was reeling Wednesday, hours after a former student with a pistol fatally shot two people and wounded four others before campus police disarmed and arrested him, authorities said.

About 24 hours after the shooting, hundreds of students gathered Wednesday evening on the campus for an emotional tribute to those who died or were hurt during what a campus police officer said was the "most devastating thing that you could imagine at UNC-Charlotte."

Two of the victims who were wounded are from the Triangle: Drew Pescaro, 19, and Sean Dehart, 20, both of Apex. The other two who were injured have been identified as Rami Alramadhan, 20, of Saudi Arabia, and Emily Houpt, 23, of Charlotte.

Pescaro was out of surgery and recovering on Wednesday, WCNC reported. A Facebook account that appears to belong to Pescaro shows that he is a Middle Creek High School graduate who lives in Apex. Information about the conditions of the other three victims was pending.

According to WCNC, the two victims who died were pronounced dead at the scene. University officials have identified them as Ellis Parlier, 19, of Midland, and Riley Howell, 21, of Waynesville.

"Our hearts go out to his family in this very difficult time," a spokeswoman for the school district said in a written statement. "Buncombe County Schools student services department is providing counselors and a crisis team today at Roberson to provide support to teachers and students who may be struggling with this news."

The shooting suspect has been identified as Trystan Terrell, 22, a history major who recently dropped out of school.

He reportedly opened fire while students were giving a classroom presentation on the last day of classes for the spring semester. 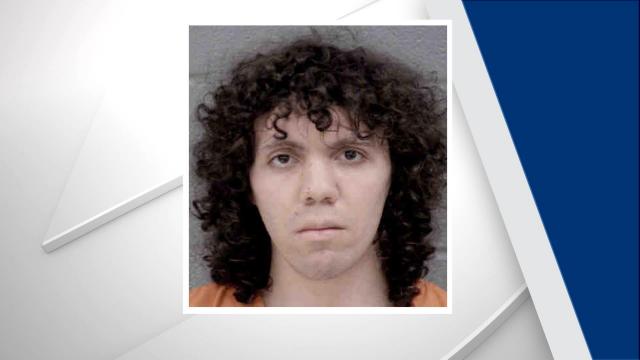 Police said Howell jumped on the suspect, and tried to prevent him from shooting others during the attack.

UNC-Charlotte campus Police Chief Jeffrey A. Baker said the school has been shaken by the attack.

"Yesterday was the most devastating thing that you could imagine at UNC-Charlotte," Baker said. "We talked about how we can prepare for incidents like this but we hope we never face this."

Friends of Apex victim speak out

Drew Pescaro attended Middle Creek High school, and his classmates say he was well known while there.

At UNC-Charlotte, he is a member of the Alpha Tau Omega fraternity and a manger for the school's basketball team.

His friends who are still in Apex said they will support him through his recovery, and are using #DrewStrong to rally around him.

"Drew is one of my best friends from high school," said Derek Roy. "I grew up with him."

When Roy was a shy young boy going into the sixth grade, he said Pescaro helped him be strong.

"He was definitely the first to accept me into the friend group we were involved in in middle school," Roy said of the group that played basketball together, watched Patriots and Celtics games together and friends that prayed together.

Pescaro is strong in his faith, too, and both attend Hope Community Church.

What We Know About the Shooting at UNC-Charlotte

Early Wednesday morning, Gov. Roy Cooper ordered flags to fly at half staff statewide through Friday. By 6 a.m., a lockdown at the university had been lifted, although the building where the shooting occurred remained closed for a crime scene investigation.

Wednesday's candlelight vigil was held at the campus' star quad. It was open to "students, alumni, faculty, staff and allies," a release said.

All other campus activities, including final exams, are canceled.

Terrell has been charged with two counts of murder, four counts of attempted murder, assault with a deadly weapon, possession of a firearm on school property and discharging a firearm on educational property, Mecklenburg County Sheriff's Office arrest records show.

Terrell reportedly shouted to news reporters as he was brought into the Charlotte-Mecklenburg Police Department, but it was not clear what he said. 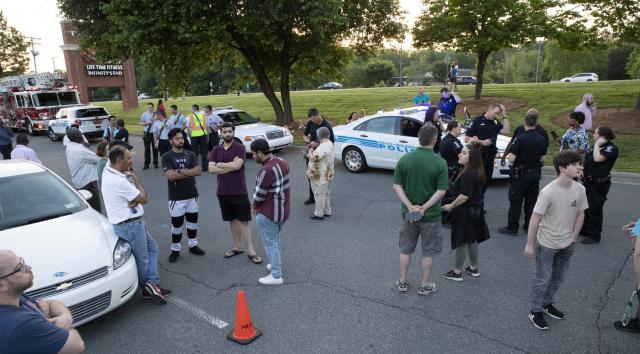 Terrell's grandfather, Paul Rold, told the Associated Press that Terrell and his father moved to Charlotte from the Dallas area about two years ago, after his mother died. Terrell never showed any interest in guns or other weapons, and the news he may have been involved in a mass shooting was stunning, said Rold, who had not heard about the Charlotte attack before being contacted by an Associated Press reporter.

"You're describing someone foreign to me," Rold said in a telephone interview Tuesday night. "This is not in his DNA."

Hunter Fredrick, a UNC-Charlotte student, said his group had just ended a classroom presentation when gunman walked into the room.

"As we were sitting down a student, or someone, either walked in or stood up in the class and started firing shots at the whole class," he said. "I literally bolted out of class."

Fredrick said the suspect did not say anything before firing his weapon.

The university's Office of Emergency Management said that shots were reported at about 5:50 p.m. near the Kennedy building on campus.

In the alert, students were told to "run, hide, fight."

Susan Harden, an UNCC professor and Mecklenburg County Commissioner, was at home when she heard of the shooting. She went to a staging area, she said, to provide support.

Harden said she has taught inside the Kennedy building, where the shootings occurred.

"It breaks my heart. We're torn up about what's happened," Harden said. "Students should be able to learn in peace and in safety and professors ought to be able to do their jobs in safety." 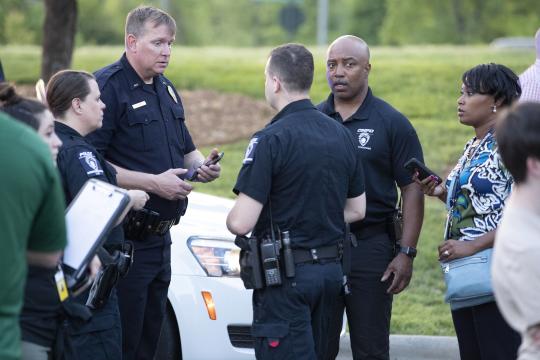 "This was an attack on all of Niner Nation," Debois said.

The days ahead will be some of the most challenging we have ever encountered," he said. "All I can say for certain is that we will get through them together."

Counseling and spiritual support services will be available to members of the university community, he said.

The FBI is assisting Charlotte-Mecklenburg police and other law enforcement agencies in the investigation.