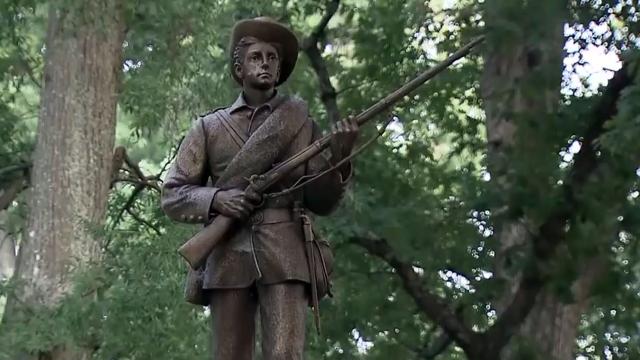 Chapel Hill, N.C. — The University of North Carolina at Chapel Hill’s student newspaper, "The Daily Tar Heel," settled its lawsuit against the UNC System for the system’s handling of the "Silent Sam" statue controversy.

The paper filed suit, claiming several UNC Board of Governors members violated open meeting laws when they agreed to pay the Sons of Confederate Veterans $74,900 to limit activity on campuses. The deal also gave SCV control of the Confederate statue that formerly stood on the UNC-Chapel Hill campus and established a $2.5 million trust to care for the statue in the future.

A judge threw out that settlement and returned ownership of the statue to the university system.

As part of the settlement, the UNC System will pay $74,900, the same amount proposed to go to the SCV, to UNC-Chapel Hill for the chancellor to use for racial equity initiatives on campus.

The Confederate statue was torn down by protesters in August 2018. It’s unclear what the future holds for Silent Sam, but UNC-Chapel Hill leadership says the statute will not return to campus.