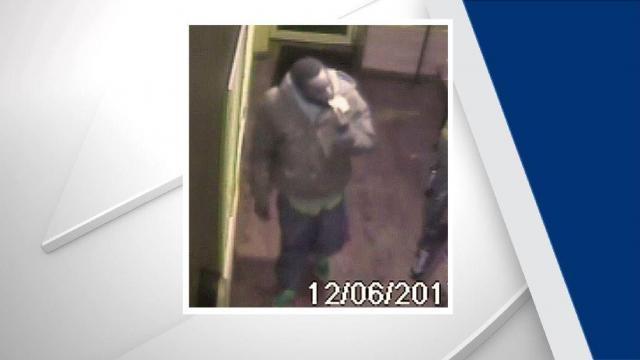 Durham, N.C. — Police have released a photo of a person of interest in the Dec. 5 assault and armed robbery near the Old Well on the university's north campus.

Police said the female student was walking with a friend along Cameron Avenue, near the Old Well, at about 10 p.m. when she was approached by a man.

The man assaulted the woman and took her purse before fleeing toward Franklin Street, police said.

A surveillance photo of the suspect shows that he is a black male, who is 5-feet-10 inches tall with a slim build. He was wearing a black jacket, blue jeans and a black hat.

Authorities said no weapon was used during the incident.

Anyone with information which might help to identify this person of interest should call UNC Police Investigator Barbee at 919-962-0564 or Investigator Walker at 919-966-2120.