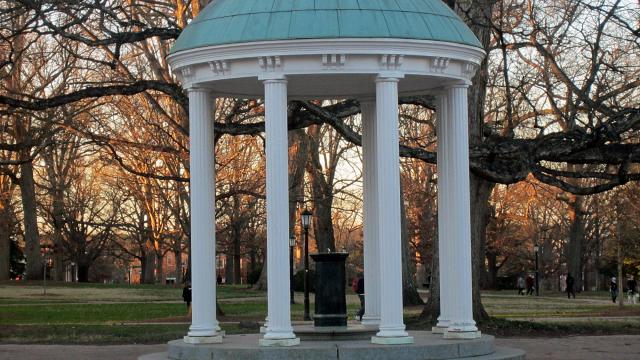 Chapel Hill, N.C. — The University of North Carolina at Chapel Hill has told an accreditation organization that it has undertaken numerous reforms in recent years to ensure academic fraud doesn't recur at the school.

In a 224-page report submitted last week to the Southern Association of Colleges and Schools, UNC-Chapel Hill officials asked that the group find them in compliance with various accreditation standards.

SACS put the university on notice when claims of academic impropriety first surfaced in 2011, and SACS president Belle Wheelan said last fall that her organization considered the findings of independent investigator Kenneth Wainstein as a new issue.

Wainstein, a former federal prosecutor, released a report in October that showed academic advisers at UNC-Chapel Hill steered student-athletes for 18 years toward classes that never met and required only a short paper to pass.

SACS vice president Cheryl Cardell told UNC-Chapel Hill officials in a November letter that Wainstein's findings didn't jibe with information the university provided to the accrediting organization in 2013, when officials insisted the fraud was limited to the activities of two people in the Department of African and Afro-American Studies.

The group asked for documentation to demonstrate the university is complying with 18 standards of accreditation, including institutional integrity, program content, academic support services and control of college athletics.

"Carolina accepts full responsibility for the wrongdoing, has apologized repeatedly and forthrightly to the impacted students and alumni, and will continue to monitor previous reforms and institute additional measures, wherever needed, to ensure and enhance academic integrity," the school wrote in its report to SACS. "While Carolina continues to take these issues very seriously and without offering excuses, it is also critical to make it clear that the Wainstein investigation, like prior investigations, found no evidence of any academic improprieties occurring since the summer of 2011, and no evidence that these academic improprieties extended beyond courses in one department in the College of Arts and Sciences."

Officials noted that, since 2012, UNC-Chapel Hill has implemented policies and procedures to improve accountability in academic departments, enhance the transparency of athlete admissions and upgrade the advising offered to student-athletes and the monitoring of their academic progress.

Some of the changes noted in the report include an effort to flag classes with high concentrations of student-athletes, various layers of evaluation and peer review, including evaluations of department heads to better ensure integrity, and tighter protections on student transcripts and records.

"The University is in a very different position than it was when it first began working with SACSCOC in 2012," the report states. "Carolina has a long history of doing what is right, and the road traveled to address recent challenges will remain no different."

It's unclear when SACS might complete its investigation and issue a ruling.