Chapel Hill, N.C. — Thursday morning crews worked to remove the name "Carr" from the student affairs building at the University of North Carolina at Chapel Hill.

The Carr Building, named for Julian Carr, who fought for the Confederacy, made his fortune in tobacco manufacturing and was a supporter of the Ku Klux Klan, will be called “student affairs building” in the interim. 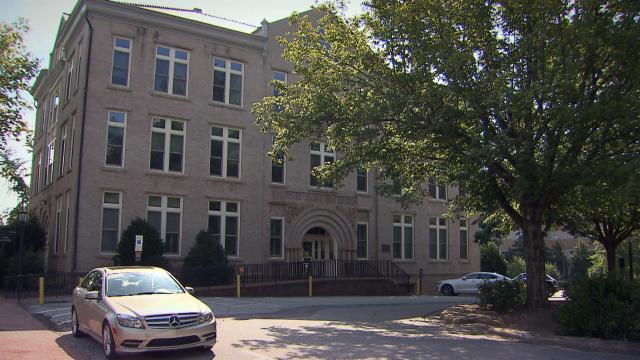 The University of North Carolina at Chapel Hill Board of Trustees voted 11-2 Wednesday to remove the names Aycock, Carr and Daniels from campus buildings.

The move comes a month after the board decided to lift a moratorium on renaming buildings amid the national debate over systemic racism and police and public accountability.

"I feel like it’s a landmark day," said De'Ivyion Drew, a student activist on campus who fought for names linked to segregation and white supremacy to be removed from campus.

"It dehumanized me. It made me feel as if I was not welcome on campus," said Drew, who is Black. 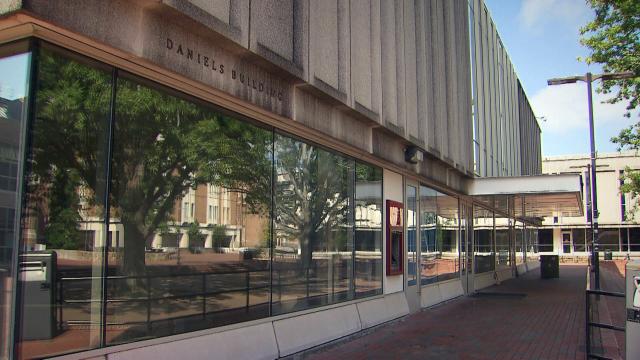 The Daniels Building, named for Josephus Daniels, former editor of The News & Observer and proponent of white supremacy during his lifetime in the late 1800s and early 1900s, will be called Student Stores building in the interim. 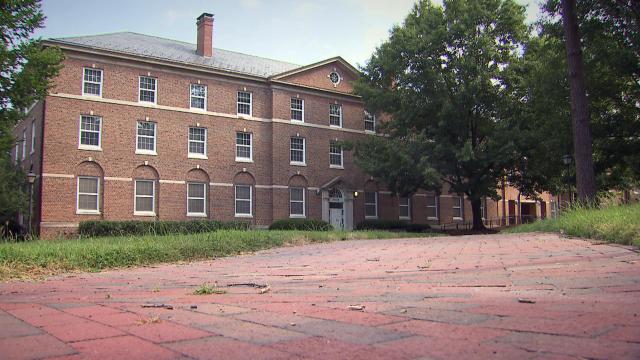 The Aycock Residence Hall, named for Charles Brantley Aycock, North Carolina governor from 1901 to 1905 who won election on a white supremacist campaign, will be called, simply, Residence Hall 1.

The board discussed a name change for a fourth building – Ruffin Residence Hall – because of Thomas Ruffin Sr.'s work on the North Carolina Supreme Court in which he ruled in favor of slavery. They decided to leave the name on the building but only in honor of Thomas Ruffin Jr. 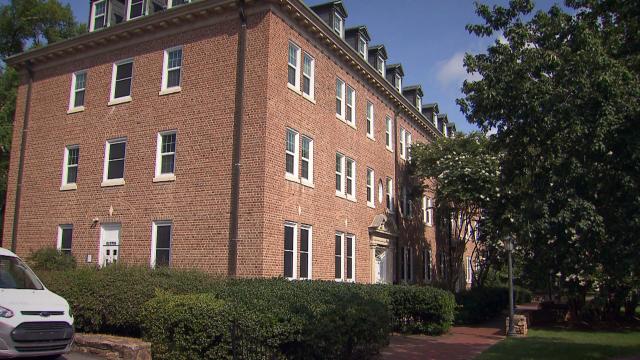 Chancellor Kevin M. Guskiewicz said any references to Ruffin Sr., Carr and Daniels would be removed from the buildings "over the next day or two." Crews were already working to complete those tasks on Wednesday afternoon.

A statue of Ruffin Sr. was recently removed from the state Court of Appeals building in Raleigh.

Graduate student Jennifer Kish said removing the buildings' names is only a start.

"It’s important to also have actual action occur and not just take names down," Kish said. "It’s an important step, but I think it shouldn’t stop there."

Drew said she and others will advocate for naming buildings after people of color who have played important roles at UNC-Chapel Hill.

"[We're going] to continue to push for namesakes that remind of us of students – you know, the first Black dean on campus – and just having the ability to be in an educational space where we are included and that our stories are just as important and contributed to the university’s success," she said.

The Board of Trustees hasn't set any guidelines yet for renaming the buildings.

In 2015, the Board of Trustees voted to rename Saunders Hall, which had been named in 1992 for William Lawrence Saunders, as Carolina Hall. Saunders was an alumnus who served as a Confederate colonel in the Civil War and also founded the Ku Klux Klan in the state, and the trustees called it "an error" that he was considered for the honor of having his name on a campus building.

After Saunders Hall was renamed, a 16-year moratorium was put in place. But students and faculty continued to press for renaming other buildings.

Under the new policy, people who want to remove a name need to submit a written request to the chancellor spelling out why, including historical details about the person's conduct and how association with the person damages the university's integrity, values and mission. A special committee then investigates the claims and forwards a final report to the chancellor, who decides whether to send it on to the Board of Trustees for action.