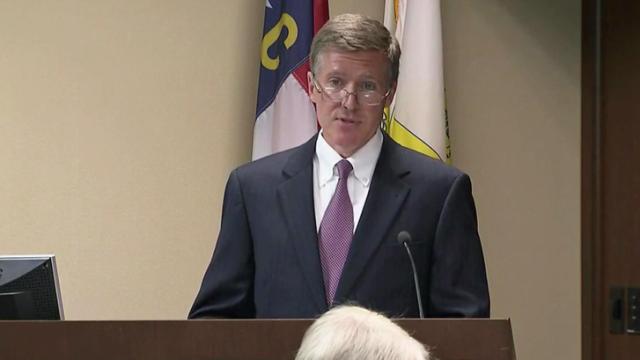 Raleigh, N.C. — The University of North Carolina at Chapel Hill says it has spent more than $7.5 million to date for legal and public relations help with its academic fraud scandal.

Including the costs of a massive report on the issue released last year, that brings the price tag of the scandal to more than $10.6 million – money university officials say did not come from tuition dollars or state funding.

In a release posted to UNC-Chapel Hill's Carolina Commitment website Monday, school officials said the majority of the nearly $7.6 million it paid to three law firms and one public relations agency reflected work between mid-2014 and mid-2015, as well as one firm's work back to late 2012.

The new figures, released in response to a public records request from The News & Observer, come more than a year after former federal prosecutor Kenneth Wainstein released a 131-page report that showed academic advisers at UNC-Chapel Hill steered student-athletes for 18 years toward classes that never met and required only a short paper to pass. The university has since found two new NCAA violations involving improper academic assistance given to former women's basketball players, as well as soccer violations.

Rick White, associate vice chancellor of communications and public affairs, said university leaders are committed to not using state funds. But he was unable to provide a breakdown of the sources of the payments Monday, because he said the firms could have been paid from a number of different unrestricted funds, such as the university's investment accounts.

White said the legal and public relations costs paid for the scandal so far haven't impacted the university's $2.5 billion operating budget, but "by definition, any dollar I spend here I can't spend somewhere else."

"Certainly, I would tell you we'd rather not have to spend the money this way, but it's the right thing to do," White said.

The totals released Monday reflect payments related to lawsuits filed by former student-athletes and employees, responses to the NCAA and other information requests.

In the release, the university said Edelman began providing services in June 2014, five months after UNC hired its vice chancellor for communications and public relations. The firm worked on preparations for the Wainstein report's release.

"The agency helped staff the University’s communications office – which historically had been severely under-resourced compared with peer campuses – and supported the management of media relations, content creation (digital, social media and websites), strategic services (such as video production), internal communications, and other related areas," the university said.

Since January 2015, the release said, "Edelman has primarily provided strategic support on other issues and topics as the Office of Communications and Public Affairs added staff."

White said it's common for the university to hire additional resources for help in specialized areas. Outside patent attorneys, for example, help labs protect their intellectual property during the research process. The release notes it's a more cost-effective strategy in some cases than hiring in-house workers.

While White was unable to say how the costs of years of scandal-related spending compare to the normal costs of outside counsel, he said it's "certainly large."

"It's been a rather unusual time," White said. "We've acknowledged that is a lot of money."

In the post, UNC officials noted the "unprecedented combination of simultaneous issues," the university has dealt with over the past few years, including lawsuits, a pending NCAA investigation and "a sharply rising volume of regular public records requests."

The school now employs about nine workers in its public records office at a combined cost of nearly $600,000 annually.

Per state law, public entities such as state agencies and public universities must release records upon request "as promptly as possible."

Just last week, the university released more than 200,000 pages of records lawyers reviewed during the creation of the Wainstein report. School officials, who plan to release more of the records as they are reviewed and redacted to protect private information, said it was the largest public records request in the university's history.

CORRECTION: A previous version of this story incorrectly reported the total included four law firms. It was actually three law firms and a public relations firm.