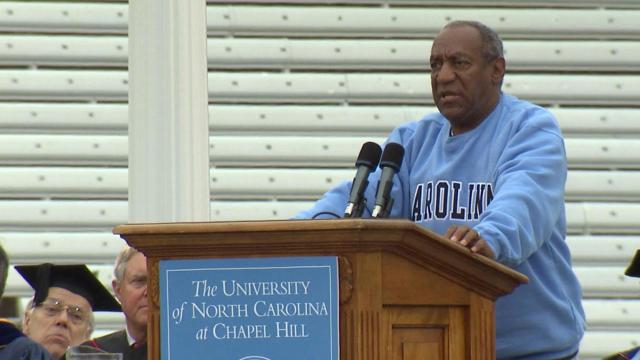 Chapel Hill, N.C. — The University of North Carolina at Chapel Hill may soon join the growing list of universities nationwide to revoke an honorary degree awarded to Bill Cosby in the wake of the comedian's sexual assault conviction.

Chancellor Carol Folt said Wednesday that she recommended that the Board of Trustees initiate the revocation process. UNC-Chapel Hill awarded Cosby an honorary degree in 2003.

"This is the first known time that the University has taken steps to rescind an honorary degree, and we do not take this action lightly," Folt said in an online post. "In this case, Cosby’s acts were so counter to our campus values that this prestigious honor is no longer appropriate."

The board is expected to vote on the matter during its May meeting.

"Honorary degrees are awarded based on the information available at that time, and we do not intend to review the actions of each recipient years later," Folt said. "The University has no tolerance for sexual assault, and we have worked diligently in recent years to comprehensively revise our sexual assault and misconduct policy and enhance resources for our community."