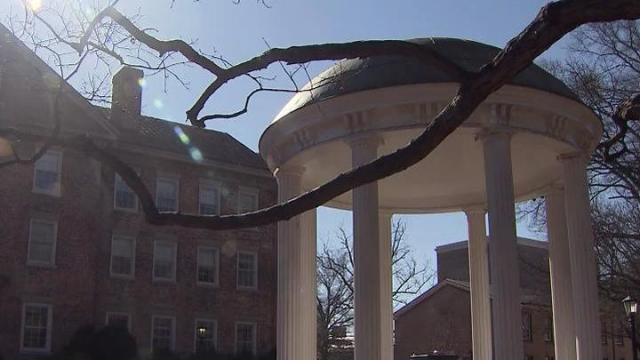 Chapel Hill, N.C. — Officials at the University of North Carolina at Chapel Hill on Thursday fired two more employees and barred a third from leadership positions on campus in the wake of an investigation into academic fraud.

The moves bring the number of people who have been disciplined or resigned to seven since former federal prosecutor Kenneth Wainstein released a scathing report 13 months ago about UNC's handling of academics for student-athletes.

Brent Blanton, associate director of the Academic Support Program for Student-Athletes, and Travis Gore, an administrative assistant in the Department of African, African American and Diaspora Studies, were fired as of Thursday. Roberta "Bobbi" Owen, a professor of dramatic art and a former senior associate dean in the College of Arts and Sciences, can no longer hold any programmatic or administrative leadership responsibilities at UNC-Chapel Hill.

"I have always conducted myself with care and integrity, both as a faculty member and in the leadership roles I held, so I knew that eventually I would be vindicated," Owen said in a statement. "The review procedure in which I have been involved for the past year raises serious questions about the process that led to public accusations that were completely unfounded."

The actions of all six had been under review by Provost James Dean and Vice Chancellor Felicia Washington for more than a year. In a statement, Folt said she released the outcomes of the reviews according to her right under state law "to protect the reputation and integrity of the University."

Wainstein found that academic advisers at UNC-Chapel Hill had steered student-athletes for 18 years toward classes that never met and required only a short paper to pass.

When the report was released, Chancellor Carol Folt called the no-show classes "an inexcusable betrayal," but she declined to respond to repeated inquiries about who was punished and how, saying it was a matter of "fairness and privacy."

Ten media organizations, including WRAL News parent Capitol Broadcasting Co., sued the university under North Carolina's public records law to identify those disciplined in the scandal. University officials argued that the disciplinary actions weren't final – and therefore weren't open to disclosure under the public records law – until the employees had grievance hearings and had exhausted any and all appeals, but they agreed to settle the case by releasing the names of those disciplined when their individual situations were finalized.

The following employees also were implicated in Wainstein's investigation: