Chapel Hill, N.C. — The UNC Center for Transplant Care is celebrating life and a big milestone this week. On Monday, members of UNC's transplant program gathered at the UNC Children's Hospital to celebrate their 50th anniversary and thousands of life-saving operations.

Proud speakers, including donors and recipients, spoke with emotion about UNC's 5,000 successful organ transplants, which hang like championship banners at the UNC Center for Transplant Care signifying a half century of saving lives. 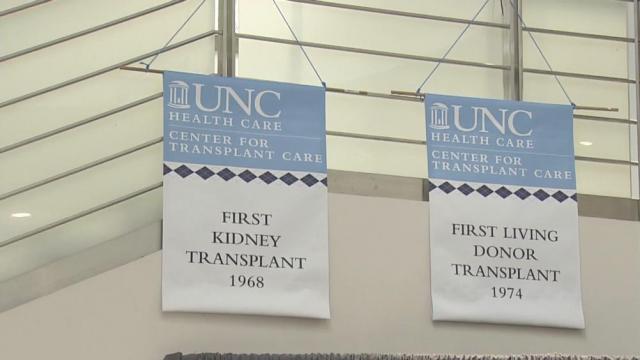 "I stand before you representing all the patients you actually helped along the way," said Kevin Howell, N.C. State's vice-chancellor and transplant patient.

When Howell's kidneys failed in 2015, his co-worker Lindsay Recchie changed his life and hers. "There's so much hate in the world," said Recchie. "I asked what can I do to make the world a better place? And it's like I heard a voice to say you need to save Kevin." 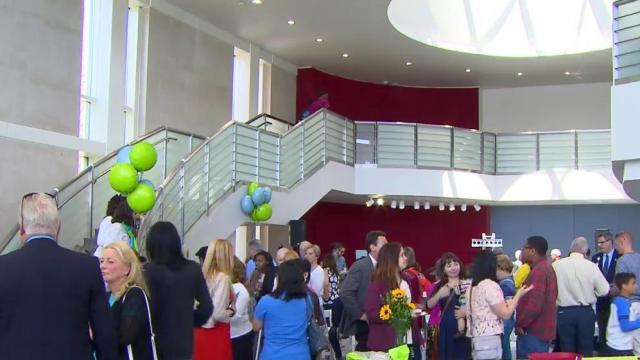 For the transplant center, that happens through teamwork -- and a history of doctors caring for patients.

"When we did our first kidney transplant in 1968, there was still a lot of debate about transplants being experimental -- and doners, some living like Recchia," said Dr. David Gerber. "Others in death. Jason Ray was UNC's Ramses mascot when he was killed in 2008. His decision to donate his organs saved or enhanced many lives. UNC named a transplant clinic in his honor."

"Thank you to all of you for giving me a second chance at life -- and not only me, but also the thousands of other banner worthy second chances," said Howell.

As part of the 50 year anniversary, the transplant center will also feature a traveling exhibition, Art of the SCAR, and a Donor Quilt from Carolina Donor Services.