UNC campus put on alert after nearby assault, shooting 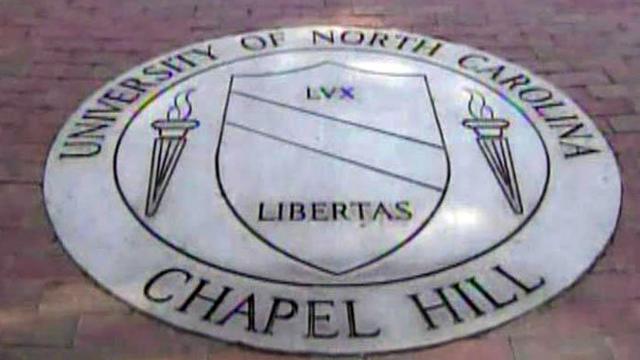 Chapel Hill, N.C. — The University of North Carolina at Chapel Hill is operating under an alert condition Wednesday morning after an assault and shooting at a Franklin Street business, campus officials said.

According to an alert posted on the school's website about 4:50 a.m., a man hit two females about 2 a.m. at a business in the 100 block of East Franklin Street, pulled out a gun and fired one shot. No one was injured by the gunfire, officials said.

The alert "does not reflect an immediate threat to health or safety but may indicate a continuing danger to the campus or the community," the school's website said.

More information about where the assault took place was not immediately available.

The suspect, described as a black male wearing a white coat with brown trim, fled the scene following the incident. Officials believe he could have fled in the direction of campus.

Chapel Hill and campus police are seeking the public's help in identifying the man. Anyone with information should call 911 or contact the Chapel Hill-Carrboro-UNC Crime Stoppers at 919-942-7515.