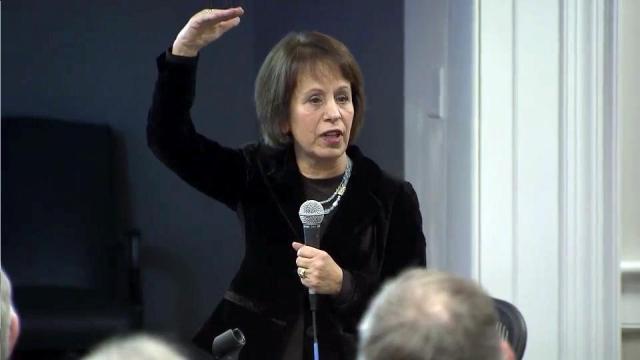 Chapel Hill, N.C. — The University of North Carolina system's Board of Governors raised the salaries of 12 chancellors while meeting in a closed session on Friday.

Those receiving raises included North Carolina State University Chancellor Randy Woodson, who is the beneficiary of a privately funded compensation package in addition to his state salary, and UNC-Chapel Hill Chancellor Carol Folt.

The raises granted were retroactive to July 1.

Officials with the Board of Governors refused to disclose on Friday what actions the board had taken, a move that open government advocates say runs counter to North Carolina's public meetings and public records laws. UNC officials insist they have the right to withhold that information.

"Our legal counsel does not believe that the Open Meetings Act supports the opinion that all actions taken by a public body must be taken in open session," UNC system spokeswoman Joni Worthington said via email Monday. "We are mindful that State law requires us to keep employee personnel information confidential, with certain exceptions. Although employers may release information on current salary and prior salary changes, we do not think that information about salaries that have been authorized by not yet administratively implemented or even communicated to employees can be considered current."

But others say the state's public records and public meetings laws don't give the board that kind of flexibility.

"There is no exception for across the board raising of salaries. That must be done in public," said Jonathan Jones, a lawyer and director of the N.C. Open Government Coalition, based at Elon University.

There is an exemption in the law for negotiating contracts, Jones said, but not for changing a salary of a current employee.

"The minute the board voted to raise the salary, it became current," he said. "There’s no special exception to the personnel disclosure statutes for administrative implementation, nor for notification of the employee."

The agenda for Friday's meeting raises other questions, he said.

"The agenda certainly gives no indication they were going into closed session to discuss employment contracts. Although looking at the agenda, I’m also curious what the justification for the 'president’s briefing' and the 'chairman’s report' being behind closed doors is," he said.

*Information current as of Nov. 2, 2015.
**Woodson's salary in this table reflects only state funds, not the stipend offered by the N.C. State Foundation.

The raises, some of which amounted to more than 19 percent, came in a year when most rank-and-file UNC faculty and staff received only $750 one-time bonuses.

Woodson's state-funded salary moves from $520,000 a year to $590,000, a 13.4 percent increase. His total compensation package will now total $790,000, more than the Board of Governors has agreed to pay incoming UNC President Margaret Spellings.

Earlier this year, the UNC system established new salary ranges for chancellors based on market demands.

A document issued by the Board of Governors on Monday details the state-funded salaries, including the most recent changes, of all UNC chancellors.

Woodson, current UNC President Tom Ross and Spellings are the only executives in the UNC system with contracts.

The remainder of the system's top campus executives have "letters of appointment" that lay out the general terms of hire but do not define a term of service. Those letters generally lay out a starting salary as well as benefits that include:

Spellings' contract begins March 1, 2016, and runs through Feb. 29, 2021. Its provisions are similar to those found in the letters of appointment for chancellors. For example, it includes up to $35,000 in moving expenses. However, some features are unique. For example, it allows the Board of Governors to establish an extra compensation plan similar to Woodson's.

Spellings' contract also allows her to continue serving on "up to two boards for which she receives compensation." She is currently a director for American Funds, an investment company, and is on the board of advisers for Ceannate Corp,, a company that says it provides "key expertise in the financial environment surrounding education in the United States."