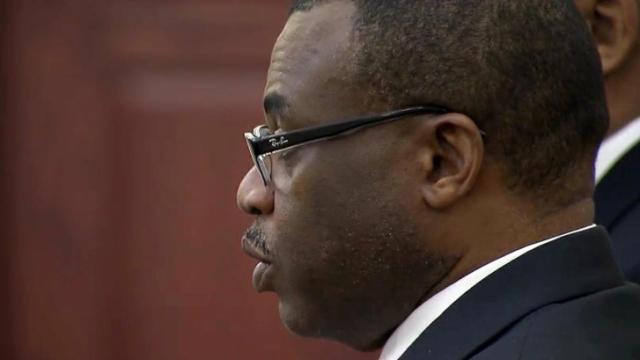 Chapel Hill, N.C. — For almost 20 years, Julius Nyang'oro chaired the Department of African and Afro-American Studies at the University of North Carolina at Chapel Hill. Under his leadership, the department gained a reputation for, according to the Wainstein report, "offering independent study classes that awarded high grades with little to no regard for the quality of the student’s work in the course."

Wainstein found proof of that and more, and presented his findings Oct. 22 to the Board of Trustees. The scheme outlined in his 131-page report was a result of a lack of "a woeful lack of oversight," he told them.

Harry L. Watson, professor of history, said the length of Nyang'oro's term should have been the first red flag.

"I don't know how Professor Nyang'oro got reappointed as chair over and over and over again for 20 years when the normal term for a chair is five years," Watson said.

Nyang'oro would have been directly supervised by the Senior Associate Dean for Social Sciences and Global Programs. Between 2005 and 2011, he had four bosses, and Arne Kalleberg renewed him as department chair in 2007. Kalleberg told Wainstein the re-appointing process was not designed to probe the department chair's performance.

Kalleberg's successor, Jonathan Hartlyn, who supervised Nyang'oro from 2009 through his retirement in 2011, "never had any inkling that Nyang’oro was offering the paper classes and only learned about them when Nyang’oro disclosed their existence during their meeting in the aftermath of the media disclosures," Wainstein wrote.

Watson said UNC essentially turned a blind eye while Nyang'oro and his office administrator, Deborah Crowder, registered students for courses, assigned topics and handed out high grades in an effort to keep grade-point averages high regardless of actual learning.

"I'm absolutely convinced that administrators were able to find out if they had taken the initiative," Watson said. "The idea that everybody who could have known did know, I think is a stretch."

Nyang'oro, like every tenured member of the UNC-CH faculty, would have been subject to peer review, too, but Wainstein found that never happened.

"They thought that would be awkward," Wainstein told the board. "So for 20 years, 19 or 20 years, that Nyang'oro was the chair, he was never reviewed by his peers."

The AFAM department, because it lacked a graduate program, fell outside the typical external departmental review as well, Wainstein found.

"There were glaring inefficiencies in oversight," he told the trustees.

Chancellor Carol Folt said changes effected since the scandal came to light have tightened up the oversight of professors and departments to keep such a thing from happening again at UNC. University leadership says more than 70 initiatives are already in place. Among them, regular reviews of department chairs and electronically tracking students enrolled in independent studies.

"We have already gone deeply into transforming our culture and our policies from the top down and bottom up," Folt said.

"How do we know that what we are putting in place is enough?" asked Beth Moracco, associated professor of Health and Behavior.