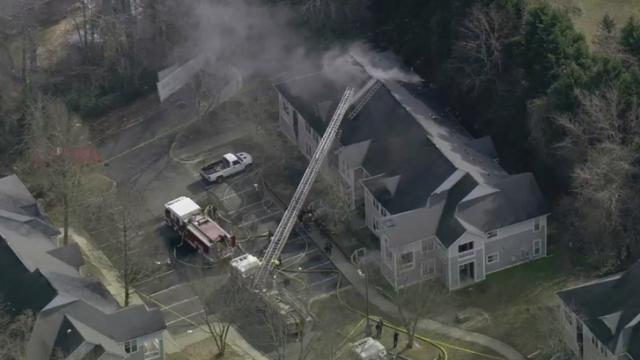 Durham, N.C. — A heater left unattended on a rear porch is to blame for a fire at a Durham apartment complex Thursday afternoon, investigators said.

The blaze caused severe damage to the second-floor apartment where the fire started on a rear porch. Three other apartments suffered heat, smoke and water damage.

No one was injured in the fire, authorities said. Durham police who arrived before the fire department were able to go door-to-door to alert residents who were home.

The fire displaced five people, who were receiving assistance Thursday night from the American Red Cross.