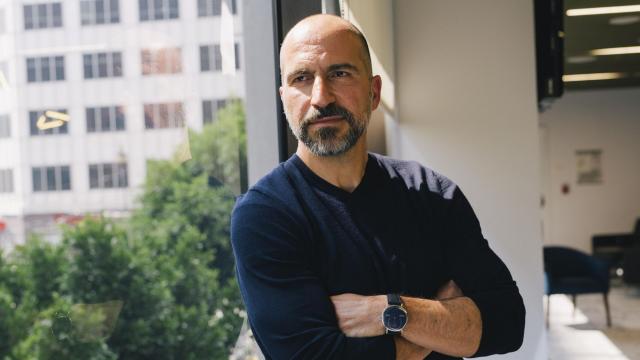 SAN FRANCISCO — Uber is still working to stem its losses before going public next year.

The ride-hailing company said Wednesday that it lost $1.07 billion in the third quarter, more than in the prior period and slightly less than in the same period a year ago, as it has invested heavily outside of its core business in areas such as bicycles, scooters and freight shipments.

At the same time, Uber’s growth appears to be slowing. The company’s revenue rose 38 percent in the third quarter from a year ago to $2.95 billion, down from a gain of 51 percent in the prior quarter. Gross bookings, which is what Uber earns before paying commissions to drivers and delivery people, totaled $12.7 billion, up 34 percent from the previous year.

The report card comes as Uber is preparing for an initial public offering next year, in what would likely be one of the biggest technology offerings. The IPO is set to be a litmus test for other highly valued private tech companies, such as Airbnb and Lyft, which are also considering the public markets in 2019. As a private company, Uber is not obligated to publicly report its earnings but has made a habit of doing so.

“As we look ahead to an IPO and beyond, we are investing in future growth across our platform, including in food, freight, electric bikes and scooters, and high-potential markets in India and the Middle East where we continue to solidify our leadership position,” Nelson Chai, Uber’s chief financial officer, said in a statement.

Uber, which is led by Dara Khosrowshahi, is one of the world’s most highly valued privately held companies. When Toyota invested in Uber in August, the ride-hailing company was valued at about $76 billion. According to proposals from Morgan Stanley and Goldman Sachs, the company could be worth up to $120 billion, which would make Uber’s IPO the largest since Alibaba Group debuted on the New York Stock Exchange in 2014.

Uber is in something of a race with its U.S. rival, Lyft, to go public. Lyft, which was last valued in a fundraising round at $15 billion, recently picked JPMorgan Chase to lead its own public offering.

Uber’s IPO is likely to create an enormous financial bonanza for its many investors and shareholders, including the company’s co-founder, Travis Kalanick, as well as venture capital firm Benchmark and the Japanese conglomerate SoftBank.

To get ready for a public offering, Khosrowshahi has trimmed Uber’s money-losing businesses. Uber has withdrawn from markets including Southeast Asia and Russia, where it faced stiff competition and was spending a lot of money. It has focused on other areas, like food delivery, as well as other geographies that show more potential for growth. On Wednesday, Uber began a loyalty program that will give riders access to extra perks the more frequently they use Uber services.

Uber said Uber Eats, its food delivery business that started in 2015, was growing rapidly, with bookings through its separate app up 150 percent from last year.

Yet Uber’s spending also continues to rise. The company said its total costs and expenses were $3.7 billion in the third quarter, up from $3.5 billion in the prior quarter.