Uber and Airbnb could go public next year 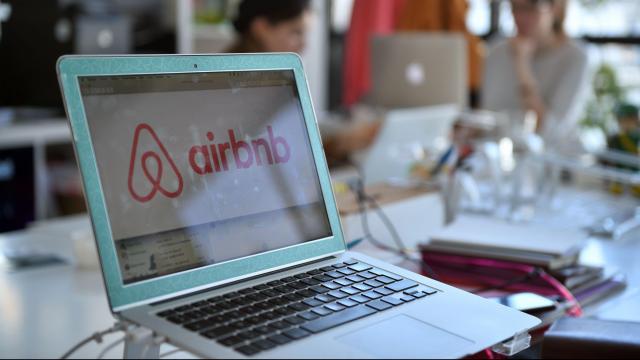 NEW YORK (CNNMoney) — Two of the top US tech startups could go public next year.

The CEOs of Uber and Airbnb said at a tech conference Wednesday they will each be ready to go public in 2019. But that doesn't mean both will actually do it.

Dara Khosrowshahi, Uber's CEO, said the company is "on track" to go public in the "second half of 2019" during an on-stage interview at the Code Conference in Rancho Palos Verdes, California.

"I need a CFO though," Khosrowshahi said Wednesday.

"We'll be ready to IPO next year, but I don't know if we will," Chesky said at the conference. "We have investors who are really patient and I want to make sure that it's a major benefit to the company when we do it."

Airbnb said in February that it is profitable. Uber posted a rare profit in the first quarter of 2018 after years of mounting losses, but it was largely due to the company ceding two of its operations abroad to rivals.

The prospect of both companies going public in the same year already has some on Wall Street excited.

"I think we've all been waiting for the dam to break loose on that flood of unicorn IPOs," Kennedy added.

Several unicorns, or billion-dollar startups, have gone public this year, including Spotify, Dropbox and DocuSign. But Uber and Airbnb would be even bigger.

Uber is currently planning a secondary stock sale that would value the company at $62 billion, according to the company. Airbnb was valued at $31 billion after a funding round last year.