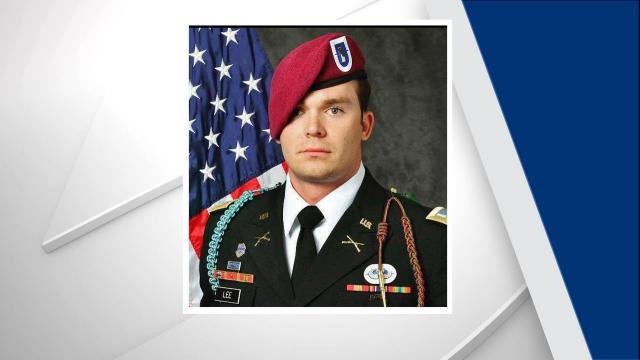 Fort Bragg, N.C. — A Fort Bragg paratrooper with the 82nd Airborne Division was killed Saturday in Iraq when an improvised explosive devise detonated during a patrol outside Mosul.

Lee joined the Army in March 2015 and was assigned as a platoon leader to the 2nd Brigade. He deployed to Iraq in December 2016. It was Lee’s first deployment.

“First Lieutenant Wes Lee was an extraordinary young man and officer. He was exactly the type of leader that our paratroopers deserve,” said Col. Pat Work, commander of the 2nd Brigade Combat Team. “Our sincere condolences and prayers are with his family and friends during this difficult time.”

Saturday's incident marks the second American military fatality since the start of the Mosul operation against the Islamic State group more than six months ago. In October, just days after the operation to retake Mosul was formally launched, Navy chief petty officer Jason C. Finan, 34, of Anaheim, California died of wounds sustained in a roadside bomb attack north of Mosul.