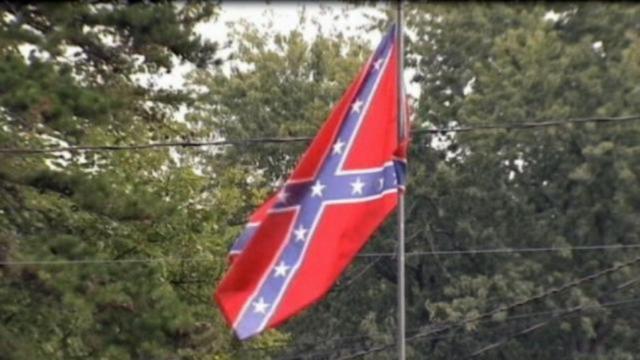 The U.S. Marine Corps on Friday issued detailed directives about removing and banning public displays of the Confederate battle flag at Marine installations — an order that extended to such items as mugs, posters and bumper stickers.

“Current events are a stark reminder that it is not enough for us to remove symbols that cause division — rather, we also must strive to eliminate division itself,” the commandant of the Marine Corps, Gen. David Berger, said in a statement Wednesday.

As protests across the United States have erupted over police brutality, pressure has grown on officials to remove monuments and flags seen as symbols of racism.

Dozens of statues were removed after a white nationalist rally in Charlottesville, Virginia, in 2017, and protesters demonstrating over the death of George Floyd, a black man who died in police custody in Minneapolis, are targeting some that remain.

In several states, anger has given way to the damaging or defacing of more than a dozen symbols of the Confederacy.

The mayor of Birmingham, Alabama, this past week ordered the removal of a contentious Confederate statue from a public park a day after dozens demonstrated against it.

Gov. Ralph Northam of Virginia said he planned to order the Robert E. Lee statue in Richmond to be removed. And the city of Philadelphia this past week removed the statue of its former mayor, Frank Rizzo, who took a confrontational approach to black and gay people as police commissioner in the 1960s and ’70s.

The Marine Corps said in a statement on Twitter that the Confederate battle flag had “all too often been co-opted by violent extremists and racist groups whose divisive beliefs have no place in our Corps.”

“This presents a threat to our core values, unit cohesion, security, and good order and discipline,” the statement said. “This must be addressed.”

The move came after an announcement in April by Berger that the ban would be put in effect. At the time, however, it was not clear how it would be applied and whether it would extend to clothing and cars owned by Marines, for instance.

“I am mindful that many people believe that flag to be a symbol of heritage and regional pride,” Berger said in a letter in April to his fellow Marines. “But I am also mindful of the feelings of pain and rejection of those who inherited the cultural memory and present effects of the scourge of slavery in our country.”

The rule announced Friday for the first time articulated in detail what sorts of displays would be prohibited in office buildings, naval vessels, hangars, ready rooms, conference rooms, individual offices, cubicles, tool and equipment rooms, workshops and other areas.

Among other items, the ban includes posters and flags depicting the Confederate battle flag. The order allows for inspections to take place and directs that any nonconforming displays be removed.

It was not immediately clear when the directive would be carried out. A Marine Corps representative could not be reached Saturday night.

The directive said that displays in which the Confederate battle flag was depicted, but not the main focus of the display, were exempted from the ban. This could apply to a presentation of the flag in a work of art or an educational or historical display depicting a Civil War battle, for instance.

Lecia Brooks, chief workplace transformation officer at the Southern Poverty Law Center, said Saturday that the Confederate battle flag was a symbol of white supremacy and the enslavement of black people.