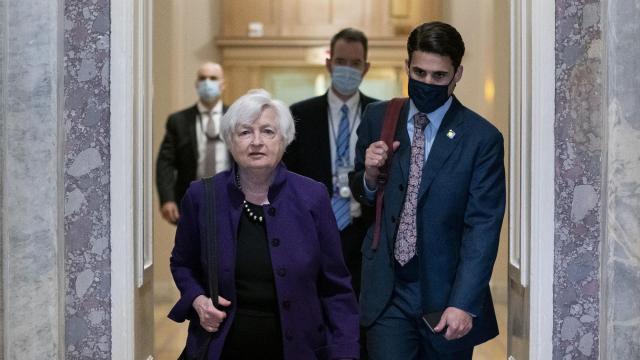 The U.S. government could run out of cash and start missing payments on things as diverse as Social Security and military pay sometime between Oct. 15 and Nov. 4, according to a new analysis from the Bipartisan Policy Center.

That analysis, released Friday as Congress is debating whether to lift the U.S. borrowing cap, showed a narrower window during which the United States could default on its debt if the limit on what the government can borrow is not raised.

Republicans and Democrats in Congress have shown no signs of progress at breaking a stalemate over raising or suspending the debt limit — which restricts the government’s ability to borrow money to pay its bills. The congressional dysfunction leaves the United States potentially less than a month away from what economists warn would be a catastrophic economic shock.

“New data demonstrate that Congress has only weeks to address the debt limit,” Shai Akabas, director of economic policy at the Bipartisan Policy Center, said in a statement. “If they don’t, the U.S. government risks missing or delaying critical bills that will come due in mid-October that millions of Americans rely on, from military paychecks and retirement benefits to advanced child tax credit payments.”

The United States officially hit its statutory debt limit in late July, but the Treasury Department has been using “extraordinary measures” to curb or delay investments and stave off a default. Predicting the true deadline is harder this year because government payments related to the pandemic have reduced clarity about when certain taxes will be collected and when federal money is flowing out the door.

If Congress fails to act, the United States will be in uncharted territory.

In its analysis, the policy center said that if the true deadline for breaching the debt limit was Oct. 15, the earliest end of its projected range, the Treasury Department would be about $265 billion short of paying all its bills through mid-November. About 40% of the money that is owed would go unpaid.

“Realistically, on a day-to-day basis, fulfilling all payments for important and popular programs would quickly become impossible,” the report said, pointing to Social Security, Medicare, Medicaid and military active-duty pay.

The Treasury Department has said it has no official contingency plan if the debt limit is breached. However, in previous standoffs, Treasury officials have contemplated what they would do.

The Bipartisan Policy Center notes that the Treasury could try to prioritize payments, which essentially means paying some bills and not others. It could also choose to delay all bills and then make payments once enough revenue had been received to cover the payments due for an entire day.

However, either of these situations would present legal and logistical problems and probably shake up the markets as the Treasury Department struggled to pick winners and losers.

“The reality would inevitably be chaotic,” the report said. This article originally appeared in The New York Times.