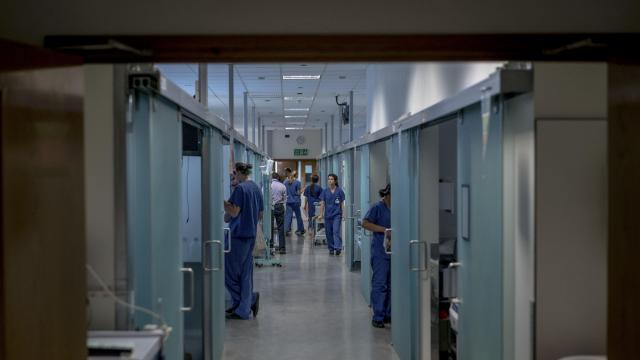 LONDON — In a land where matters of public health care are never far from scrutiny and sometimes scandal, British medical authorities acknowledged Monday that they were checking the credentials of some 3,000 foreign physicians after one was convicted of fraud and accused of falsifying qualifications.

The case could add to concerns about the safety of patients in Britain’s once-vaunted National Health Service, even as tight budgets and the possible impact of Britain’s pending departure from the European Union have augmented a sense of unease.

For more than two decades, Zholia Alemi, 56, worked at health facilities in Britain using what she said was a qualification from her native New Zealand. The document enabled her to treat patients suffering from dementia and an array of other psychiatric complaints.

But in recent weeks, an investigation by a provincial newspaper uncovered a very different version of Alemi’s background.

The News & Star, based in Carlisle, a small city in northwest England, contacted authorities in New Zealand and reported that Alemi had abandoned her medical studies in 1992 after one year and had secured only a degree in human biology.

When she arrived in England in the mid-1990s, she benefited from a program that helped physicians from some former British colonies, including New Zealand, to secure licenses to practice in Britain with only limited examinations of their credentials.

“It is extremely concerning that a person used a fraudulent qualification,” Charlie Massey, chief executive of the General Medical Council, said in a statement Monday. He added that the group, which oversees the medical profession in Britain, was “working to understand how this happened.”

As a consultant psychiatrist whose credentials had not been challenged, Alemi had “the same privileges as any other” doctor of her rank, the council said, including the ability to prescribe medications and to commit patients for treatment without their consent.

“It is clear that in this case the steps taken in the 1990s were inadequate, and we apologize for any risk arising to patients as a result,” he said.

The case of Alemi came to light after she attempted to take advantage of a patient, Gillian Belham, an 84-year-old widow whom she befriended in 2016 at a dementia clinic in the coastal town of Workington.

Alemi was sentenced last month to five years in prison for forging her patient’s will and trying to gain control of her estate, valued at around $1.5 million.

“This was despicable criminality, motivated by pure greed,” Judge James Adkin, who announced the sentence, was quoted as saying by The News & Star.

The General Medical Council said that the program under which Alemi qualified to practice medicine in Britain was abandoned in 2003 and had been replaced with more rigorous oversight.

“As part of her application, Zholia Alemi presented what appeared to be a Primary Medical Qualification from the University of Auckland, a letter from the university confirming her graduation and a reference letter from her most recent employers in Pakistan,” the council said. “We now know that the qualification provided was fraudulent.”

The General Medical Council said it had started “an immediate review” of all doctors who had gone through the same process and were still licensed to practice in Britain — placing that number around 3,000.

“It is important to stress this is an incredibly rare case,” the council said. “There is nothing to suggest other doctors who took this route are anything but honest and hardworking, but it is important that we carry out checks in light of this.”

The General Medical Council said that physicians seeking permission to practice were now subject to more extensive verification procedures, including linguistic and professional testing. It also insisted on much closer screening of documents to prevent fraud.

The News & Star reported that the medical authorities in New Zealand had confirmed that Alemi “never has qualified as a doctor.”