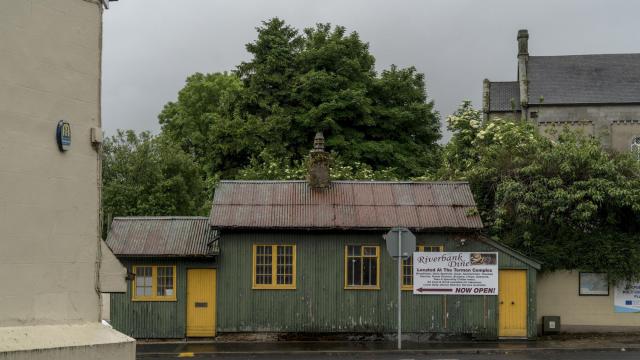 BRUSSELS — More than four decades after Britain tied itself to its Continental neighbors, Prime Minister Theresa May obtained the approval of the other 27 European Union members on a formal divorce pact from the bloc, a consequential step intended to take the country on a new, if unclear, path.

The journey has been long and tortuous for both sides, and the drama is hardly over. May must still get approval for the deal — a dense, legally binding divorce settlement and a set of political promises for Britain’s future relationship with the bloc — from an outspokenly unhappy British Parliament.

Since Britons voted in 2016 to leave the European Union, May has struggled to define how closely they should remain tied to Continental Europe, ultimately choosing a kind of middle way that has left many dissatisfied.

With her own Conservative Party deeply divided and the opposition Labour Party promising to vote the deal down, May faces what most consider to be an almost impossible task.

But she is dogged, and, with Britain scheduled to leave the European Union on March 29, she appears to be relying on giving legislators a stark choice: her deal or a chaotic exit without any deal.

If she fails, what happens next would be anyone’s guess. May could face a leadership challenge or be left to put her deal to a second vote in the British Parliament. There could be a push for a softer Brexit, new elections or a second referendum. Or Britain could lurch toward a no-deal Brexit, an outcome no one wants on either side of the Channel.

In an open letter to the nation, May said she would campaign “heart and soul” to get the deal approved. Speaking in Brussels on Sunday, she added that “the British people don’t want to spend any more time arguing about Brexit,” and that her agreement would allow Britons “to come together again as a country.

Though several European leaders expressed regret that Brexit was taking place, May pointedly did not when asked at a news conference whether she was sad about the rupture.

“No,” she replied. “But I recognize that some European leaders are sad and some others at home in the U.K. are sad at this moment.”

Even as the 27 other leaders of the European Union put their imprimatur on the agreement, they were eager to do nothing to make May’s task any harder. They, like much of the British public, are heartily sick of Brexit, and Europe has other challenges to deal with, including migration and populism, Russian aggression and the Italian budget threat to the euro.

Several European leaders warned on Sunday that negotiations could not be reopened should the British Parliament reject the deal, echoing May’s message that this was the “only deal possible,” and that Britain’s lawmakers had nothing to gain by voting against it.

“This is the deal,” said Jean-Claude Juncker, president of the European Commission, the bloc’s executive arm. “It’s the best deal possible. The European Union will not change its fundamental position.”

But Juncker, too, said to the media, “It’s not a moment for jubilation nor celebration; it’s a sad and tragic moment.”

Prime Minister Mark Rutte of the Netherlands, whose country is one of Britain’s closest trading partners, also expressed confidence that May would succeed in persuading Parliament to pass the deal. But asked if the bloc might make more concessions, he warned: “This is the maximum we can all do.”

Britain’s break with Europe was never going to be easy. Even if Britain ratifies the deal, the end of March will see the beginning of many months, possibly years, of negotiations on its future relationship — from trade and travel to security and intelligence.

European officials have been eager to try to help May get the deal ratified by embracing language in the political declaration about Britain’s long-term ties with the bloc, which will be closer and of a different kind than any other third country.

Britain’s allies, including the Netherlands, pressed hard for a reference in the declaration to “an ambitious, broad, deep and flexible partnership across trade and economic cooperation, law enforcement and criminal justice, foreign policy, security and defense and wider areas of cooperation.”

They hoped to describe a close relationship that went far beyond a trade deal of the kind the bloc has negotiated with Canada and Japan.

But to British critics, the proposals represent the worst of all worlds, a Britain that is neither in, nor fully out, of the European Union. If negotiations fail to produce a good outcome, they fear that Britain could be trapped in Europe’s orbit, obliged to obey rules for years to come without the ability to shape them or cut its own trade deals around the globe.

Jeremy Corbyn, leader of the opposition Labour Party, described the accord as a “bad deal for the country.”

The implications of Brexit for Britain and its role in the world are profound, according to experts. “The act of signing on the dotted line to leave the European Union is a defining moment in British history, there is no doubt about that,” said Anthony Teasdale, author of “The Penguin Companion to European Union.”

“Many of the younger generation take membership completely for granted,” Teasdale added. “Having been in the EU all their lives, they have difficulty conceptually working out what being outside might look like.” Britain joined the European Union’s forerunner in 1973 and embarked, often grudgingly, on a process of integration that accelerated from the mid-1980s. Economic rules are now so intertwined that the former director-general of the World Trade Organization, Pascal Lamy, has likened Brexit to removing an egg from an omelet.

But Britain was always hesitant — or outright resistant — to pooling sovereignty with a group of Continental countries that joined together after World War II, from which the British emerged victorious.

“Brexit is probably a bigger break for Britain than for the European Union, as the perception from the Continent has always been that Britain was somewhat aloof and detached and closer to the U.S. than Europe,” said Holger Nehring, professor of contemporary European history at the University of Stirling.

Months of difficult negotiations produced the legally binding withdrawal agreement and a vaguer set of pledges concerning a future relationship with the bloc, both of which were officially adopted in Brussels on Sunday.

A few last-minute issues had remained to be resolved, including Gibraltar, which the weak Spanish government is insisting must be treated only as a bilateral issue with Britain. The sovereignty of Gibraltar, a British overseas territory on Spain’s coast that Spain claims as its own, has always been a point of contention. But after British assurances, Spain ultimately did not hold up the deal.

Under the plan, Britain would leave the European Union in March but adhere to the bloc’s rules and regulations at least until December 2020, while negotiators try to sort out the longer-term future. That the divorce agreement would be accepted by May and the European Union has been little doubted since the British Cabinet approved it this month. In addition to approval by the British Parliament, it will also need ratification by the European Parliament.

For the moment, though, the blessing of European leaders on Sunday finally put on the table a formal divorce deal that would chart for Britain a gradual and orderly departure.

That 585-page treaty deals with Britain’s outstanding payments to the bloc of around $50 billion, the rights of EU citizens in Britain and vice versa, and how to prevent physical checks on goods at the frontier between Northern Ireland, which is part of the United Kingdom, and Ireland, which will remain in the European Union.

Most of the debate and upset in Britain focuses on the Irish border and a “backstop” plan to tide the two sides over until technology — or another form of trading arrangement — can dispense with the need for strict physical controls.

The backstop would apply after the 20-month transition period (which could be extended by a maximum of two years) and only if there were no other solution to the Irish border issue. In that case, the whole of the United Kingdom would remain in a European customs union, while Northern Ireland would have to abide by more of the bloc’s economic regulations.

In theory, at least, the pact will allow the British government time to dismantle a set of laws and structures that have become pillars of British economic, political and diplomatic life, while negotiating with Brussels on a new relationship.

No one in Brussels knows any better than people in Britain about what is coming next, but there is considerable hope that, despite the odds, somehow May will pull it off.