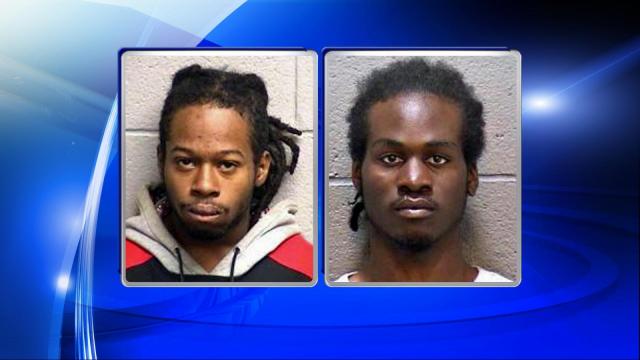 Durham, N.C. — Durham police are searching for two men charged in connection with a fatal shooting at an apartment complex earlier this month.

Garret Harrison, 21, of Durham, was found wounded on April 5 in front of an apartment in the 4800 block of University Drive and he died at a local hospital.

Police said Dominique La’Ron Percell, 20, and Anthony Dashaun Terry, 21, both of Durham, have been charged with murder and felony conspiracy in connection with the case. Percell has also been charged with robbery with a dangerous weapon.

Percell and Terry were not in custody Wednesday afternoon.

Nathaniel Antonio Nelson, 26, was previously arrested and charged with murder and attempted robbery with a dangerous weapon in connection with Harrison’s death.