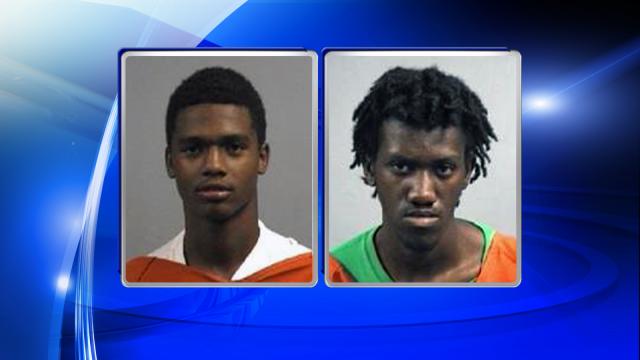 Goldsboro, N.C. — Goldsboro police have charged a 17-year-old and 18-year-old in a fatal shooting that happened early Tuesday morning.

Corey Devon Sutton Jr., 17, of 416 Denmark St., and Terrance Lavon Forbes, 18, of 302 Olivia Lane, are each charged with first-degree murder in the shooting death of 32-year-old Abdullah Ali Whitaker, of Goldsboro.

Police found Whitaker dead inside a vehicle shortly after midnight Tuesday in the 200 block of West Spruce Street. Investigators said Whitaker was driving when he was shot and crashed his vehicle into a parked car. He was pronounced dead at the scene.

Sutton was arrested on Charles Street Friday, and he was in the Wayne County jail Saturday being held without bond. He is scheduled to appear in court Monday.

Forbes was arrested early Saturday. He was also in the Wayne County jail being held without bond.