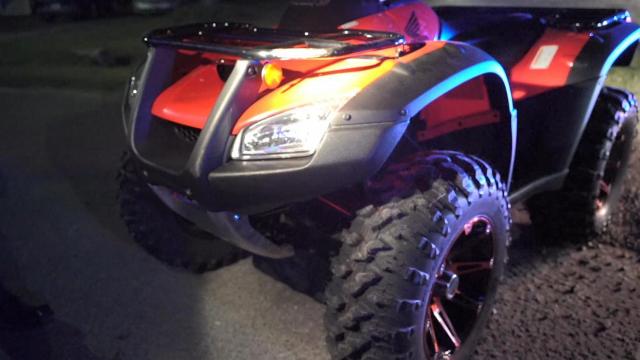 The crash occurred on Sunray Drive in Clayton. Troopers at the scene told WRAL News the $12,750 ATV was brand new and had just been purchased that day. Two girls were on the vehicle, which ran into a ditch and struck a tree, officials said.

One of the girls was seriously injured in the crash, but both were taken to WakeMed. Neither were wearing helmets.