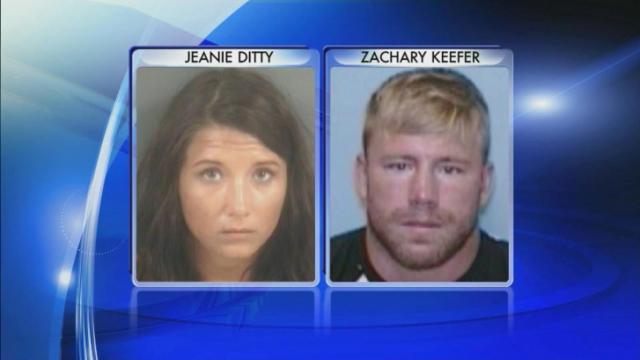 Authorities are still searching for Zachary Earl Keefer, of Village Lake Court in Spring Lake, who is also wanted for the death of Macey Ditty.

Officials responded to Cape Fear Valley Medical Center on Dec. 2, 2015 in reference to an unresponsive child. A preliminary investigation revealed that Macey Ditty had bruises all over her body and determined that the child suffered life-threatening injuries consistent with child abuse.

On Wednesday, the North Carolina Office of the Chief Medical Examiner ruled Macey Ditty’s death to be a homicide.

Jeanie Ditty was being held at the Cumberland County Jail without bond.

Anyone with information concerning the whereabouts of Keefer, or the incident, is asked to contact the Fayetteville Police Department at 910-224-3257 or Crime Stoppers at 910-483-8477.